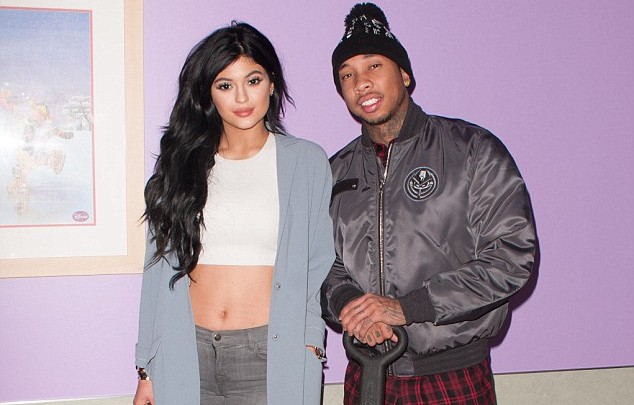 Remember Tyga’s interview with Power’s Breakfast Club last week? Where he claimed people just loved to spread rumors about his nonexistent relationship with 17-year-old Kylie Jenner? Well, we didn’t exactly buy the soggy fries he was trying to sell us.

And it’s a good thing we didn’t, because in a new interview with 92.3 AMP Radio, the 25-year-old basically admitted to being in love with Kylie.

“Whether if I tell the world that I love her or I don’t, it’s gonna be me to dictate that, and how I want to keep my friendship and relationship with her.” He said.

After realizing that he probably said too much, he decided to circle around to the fact that he’s known the family for several years.

We’ve got a group of friends, we’ve been hanging out for the longest… I’ve been knowing her and her family for six, seven years, so it’s all love there, and we’re going to continue to grow.

If I were him, I’d probably stop reminding people that I’ve known this girl since she was 10-years-old. That just makes the relationship seem even creepier. Anyway, the co-host of the show then asked the rapper if he was in love with Kylie.

“I love her as a person.” He answered. The co-host responded, “But not romantically speaking?” And that’s when he (almost) admitted to being in a romantic relationship with her.

I mean, I don’t think it really matters. If you love being around somebody, that’s all that matters, you know. Sometimes you gotta just let that artist live their own personal life sometimes, and you gotta respect that as a fan and a spectator of what we do.

There are two possible things going on here. The first one being that he and Kylie Jenner are madly in love with each other, which is the most likely thing happening. But there is a second option. There is a chance Tyga is just annoyed with having to answer the same questions again and again.

Instead of denying it, maybe he reached the point where he’s like, “F–k it. It don’t even matter anymore. They can think what they want.”