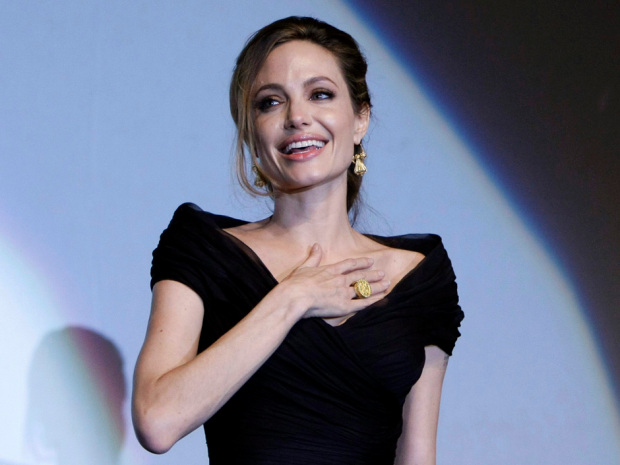 When it comes to cancer, Angelina Jolie does not mess around. Back in 2013, the 39-year-old actress had a preventive double mastectomy to reduce her chance of getting breast cancer, and now just two years later she decided to have another cancer-preventing surgery.

In an op-ed for The New York Times published today (the 24th), Jolie talked about the surgery she had last week. She explained that she carries a gene that gives her a 50 percent risk of developing ovarian cancer, so she decided to do something about it before it was too late. Two weeks ago, she received the test results from her doctor, and she admits it was a little scary.

I went through what I imagine thousands of other women have felt. I told myself to stay calm, to be strong, and that I had no reason to think I wouldn’t live to see my children grow up and to meet my grandchildren.

She also admitted that she had been planning this surgery for “some time.” And while this surgery wasn’t as complicated as her mastectomy, the effects are more severe.

It puts a woman into forced menopause. So I was readying myself physically and emotionally, discussing options with doctors, researching alternative medicine, and mapping my hormones for estrogen or progesterone replacement.

As some of you may know, Jolie’s mother died of ovarian cancer back in 2007, so she understands how important it is to listen and take care of your body. And even though she has successfully reduced her risk of developing cancer, she knows it’s not possible to remove all risk.

It is not possible to remove all risk, and the fact is I remain prone to cancer. I will look for natural ways to strengthen my immune system. I feel feminine, and grounded in the choices I am making for myself and my family. I know my children will never have to say, ‘Mom died of ovarian cancer.’

She is such a strong person. We wish her all the best with her recovery.