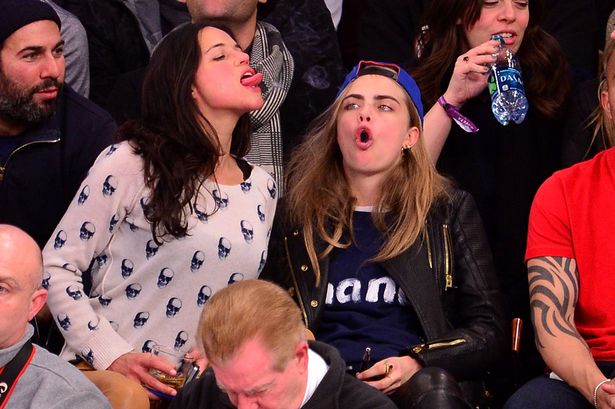 Paul Walker’s sudden death was hard on everyone, but it was especially hard for his Fast & Furious co-stars. After filming so many movies together, you have to imagine the strong connection the cast has with one another.

And Michelle Rodriguez had that strong connection with Paul Walker. They weren’t just co-workers. They were close friends, and she wasn’t ready to let him go. In a new interview with Entertainment Weekly, the actress explained that she went a little crazy after her friend’s death.

I went crazy a little bit —pause— I went pretty crazy. A lot of the stuff I did last year I would never do had I been in my right mind.

Some of the stuff she is talking about probably includes her fling with supermodel/actress Cara Delevingne, the strange romance with Zac Efron and that one time she partied with Justin Bieber on a yacht. She admits she was doing all this crazy stuff because she wanted to feel something real.

I felt like nothing I could do could make me feel alive, so I just kept pushing myself harder and harder. I was traveling and I was having sex. And I was just trying to ignore everything that I was feeling.

Thankfully, she did manage to snap out of her destructive dream. “I just woke up [one morning] with a profound respect for living.” She said during the interview, adding that, “And all of a sudden, I picked myself up and started hustling.”

We are glad she’s better now. It really is remarkable to see how close everyone on the Fast & Furious cast is with one another. You hear people say, “It’s like a family,” all the time, but you never actually believe it.

With this cast? I believe it.