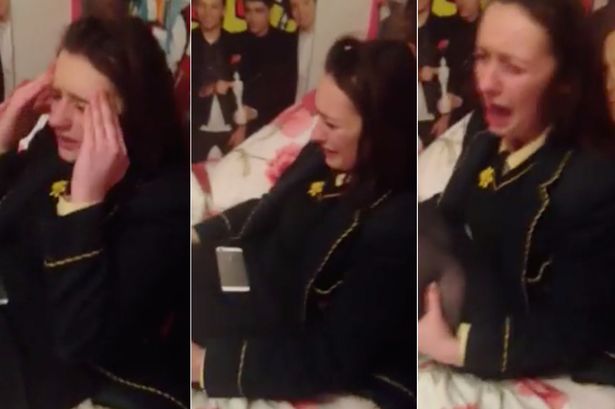 The 5 Best Reaction Videos To Zayn Malik Leaving One Direction

We know you have heard the news. One Direction went down to just four members yesterday after Zayn Malik announced he was leaving the band for good. He released a statement saying that he just wants to be a normal 22-year-old.

My life with One Direction has been more than I could ever have imagined. But, after five years, I feel like it is now the right time for me to leave the band. I’d like to apologise to the fans if I’ve let anyone down, but I have to do what feels right.

And as you can imagine, fans of the incredibly popular boy band were disappointed to hear the news. Actually, disappointed is probably not a strong enough word. They were devastated. As in, “I might need to take a week off from school” devastated. They basically held an online funeral for Zayn, even though he’s still alive.

We searched YouTube to find some of the best reactions. A few of the reactions show true heartbreak, but there are some imposters in the videos below.

Check out the hilariousness…

No. 5 – I Literally Can’t Even Right Now

Poor guy. I am 95% sure this is a real reaction, and I know some people will be like, “What a f–king baby! Grow up!” And while I get that response, you have to understand that this is a big deal for them. They are young. We were all attached to silly things when we were younger. It was professional wrestling for me. I remember crying when my favorite wrestler would lose an important match. That’s probably even more embarrassing than crying over something like this.

Do you see the damage your announcement has caused, Zayn? Making kids cry? I hope you are happy. All because you couldn’t handle the stress? What could be so stressful about being in one of the most popular boy bands in the world?

Oh, right! Having millions of people judge every decision you make in life, including your personal relationships? That does sound stressful.

The only reason this video made the list is because of the toilet.

Oh my…I hope this isn’t real. Hopefully this girl is an aspiring actress or something. I can understand the semi-emotional reaction video from the number five guy on this list, but I can’t understand the demons coming out of this girl. If this video is 100% real, they should consider getting her some professional help.

Was that John Stamos?