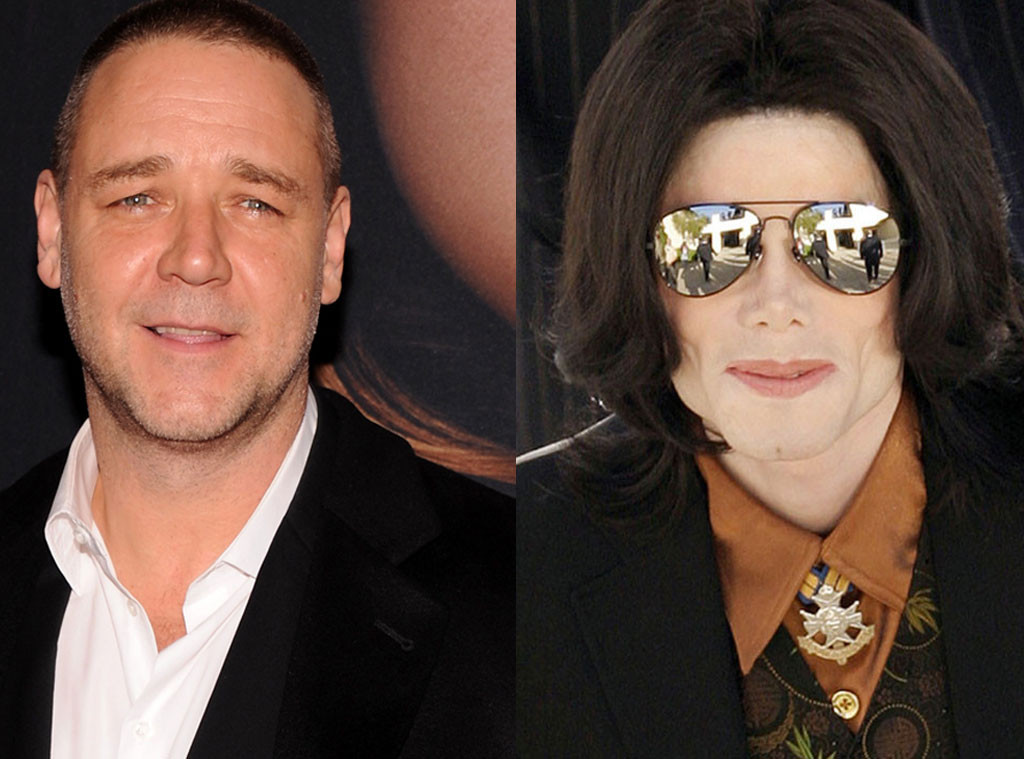 We all know it doesn’t take much to make Russell Crowe angry, which makes this story even more hilarious. In a recent interview with The Guardian, the actor talked about how Michael Jackson would abuse him with child-like prank calls.

“I never met him, never shook his hand, but he found out the name I stayed in hotels under.” Crowe said. And for “two or three f–king years” Jackson would call him up and deliver some incredibly cheesy jokes.

He’d ring up do this kind of thing, like you did when you were 10, you know. ‘Is Mr. Wall there? Is Mrs. Wall there? Are there any Walls there? Then what’s holding the roof up? Ha ha.’ You’re supposed to grow out of doing that, right?

Hahahaha! Holy sh-t. That’s probably the best thing I’ve heard all year. Russell Crowe is the perfect person to troll with terrible prank calls. I don’t know how or why Michael Jackson picked him as a target, but he certainly made a wonderful decision.

Apparently, Crowe has mentioned these prank calls before. A few years ago, he shared another message he would receive from the King of Prank Calls.

He’d ring me and in a strong voice and say, ‘There is an emergency and you need to leave the building.’ I’d ask, ‘Who is this?’ And he’d say, ‘Do not worry Russell, just kidding, this is Michael.’

Hopefully I’m not the only one laughing about this. I mean, what if Michael Jackson isn’t dead? What if he faked his death to pull off one of the greatest prank calls ever?

Crowe: Oh shut the f–k up. You don’t even sound like Michael Jackson.

And then Michael Jackson nails Crowe in the face with a pie once he opens the door. That would be fantastic. I would kill myself after that because I would know nothing could ever top that.