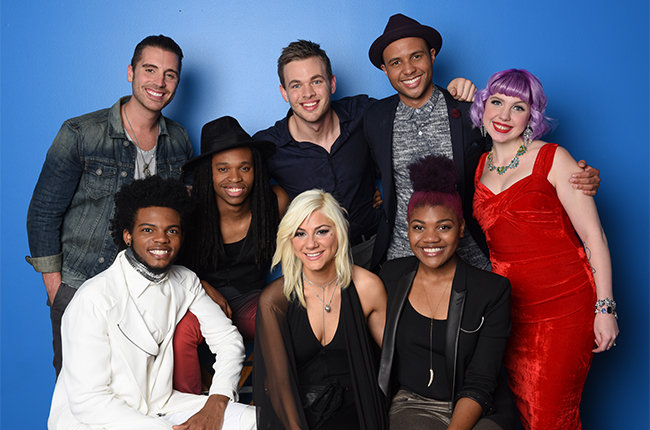 Top 7 American Idol 2015: Watch The 3 Best Performances Of The Night!

Last week we said goodbye to Daniel Seavey, and while I am glad he finally went home, I want to make it clear that I do wish him all the best in the future. I didn’t hate him, I just hated the people who were voting for him.

So who went home this week? Well, it came down to the Twitter save again. The bottom two contestants were Rayvon Owen and Qaasim Middleton.

Sadly, we lost Qaasim tonight. His performance actually made my top 3 tonight, but I guess those silly folks on Twitter didn’t feel the same way. I mean, don’t get me wrong, I do think Rayvon is improving every week. It was certainly a tough decision tonight, and we’ll have to wait and see if America made the right one.

When I saw Teenage Dream on the song list for tonight, I did not think Nick would be the one singing it. But he did, and it was surprisingly wonderful. There was actually a little bit of country in his voice tonight, which makes me a little nervous. I hope he didn’t spend too much time with Florida Georgia Line. I would hate to see him go down that “bro country” road.

Anyway, congrats to Nick! This is the first time he has made my top 3 list. I am sure that means a lot to him.

Just like Nick, this is Tyanna’s first time on the list. I actually had to go back and check on that because it shocked me. She is one of the most talented singers in this competition! WHY HASN’T SHE MADE THE TOP 3 LIST BEFORE NOW?

Well, because I never felt any emotion from her. I need to feel something when I watch a performance. You can have the best voice in the world, but if that voice isn’t making me feel something? It means nothing to me. But that all changed with Tyanna tonight. She had a strong connection to the song, and it certainly showed on stage tonight. It was a beautiful performance.

I have to disagree with Jennifer Lopez. I don’t think Qaasim has a GREAT voice. She claims we just don’t notice his wonderful voice because of his amazing performances. But does anyone remember last week? He tried to show us just his voice and it didn’t work out so well.

However, he’s on this top 3 list for a reason. I love to watch him on stage. He’s incredibly entertaining, and while I don’t believe he has a great voice, it’s still better than most of the artists you see today.

Would I want to hear Qaasim on the radio? Probably not. Would I buy a ticket to his concert? Definitely.