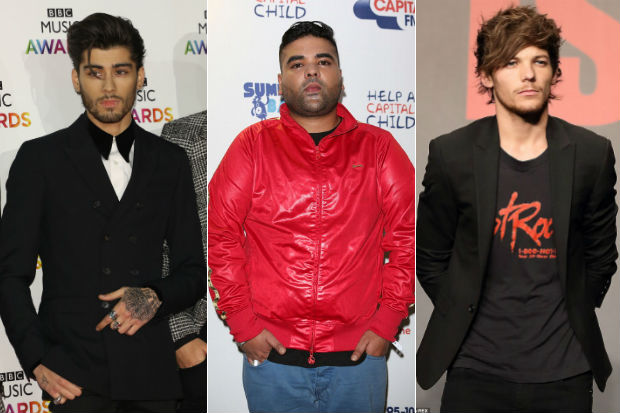 Uh-Oh! Zayn Malik And Louis Tomlinson’s Friendship Is Going In All Kinds Of Directions After Twitter War Remember when Zayn Malik announced he was leaving One Direction back in March? And remember when they all promised to still be “friends for life”?

Well, it looks like at least one member is breaking that promise. Louis Tomlinson and producer Naughty Boy reignited their Twitter war earlier today after Naughty Boy shared a photoshopped picture of himself and the former One Direction member, Malik. Louis Tomlinson saw this photo and sent out the tweet you see below. He didn’t actually call out the producer by name, but we all know he was referring to the photo that was posted just a few hours before.

Of course, Naughty Boy couldn’t just stand under this shade. He replied with, “@Louis_Tomlinson and some people can’t even sing…but who’s complaining when there’s auto tune eh.”

And by now, you’re probably wondering where the Zayn Malik puzzle piece fits in all this. I mean, this is old news, right? Louis and Naughty Boy have been in several Twitter fights.

But this fight is different because Mr. Malik actually took a side in this battle. He posted the following message on his Twitter account…

We will update this post when Louis Tomlinson recovers from that brutal hit by his former BFF.