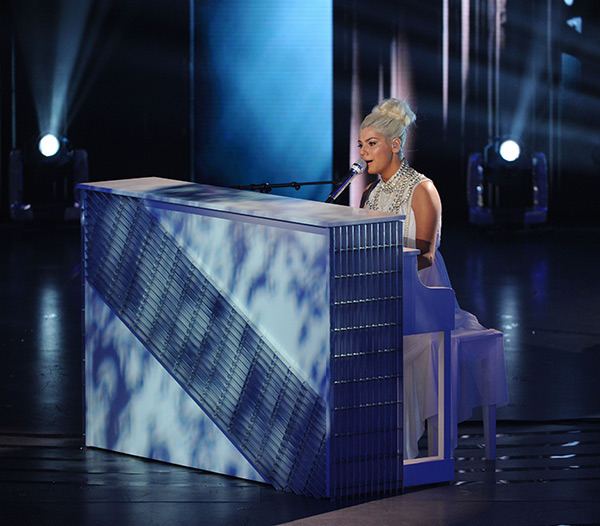 We are now seven days away from the American Idol season finale. Earlier this week, Ryan Seacrest gave us some finale details on his radio show, revealing guest performances from Fall Out Boy, New Kids On The Block, Chris Brown, Steven Tyler, Jamie Foxx, and of course Pitbull because he enjoys ruining everything I love.

But before we get to celebrate next week with the winner, we had to watch another talented contestant go home this week. The four remaining contestants were forced to sing THREE songs tonight. Why? Because they had to fill another two-hour show. Speaking of things that make me want to punch cute animals, next week will feature an hour-long episode on Tuesday, and then will end things with another two-hour show on Wednesday.

Anyway, let’s get back to tonight’s show. As mentioned above, the contestants performed three songs: Scott Borchetta’s choice, hometown dedications and judges’ choice.

Jax – “My Generation” The Who

My Round 1 Winner? – I have to agree with Jennifer Lopez. Jax clearly won this round.

Clark Beckham – “(Sittin’ On) The Dock of the Bay” Otis Redding

My Round 2 Winner? – I think Jax won this round again. Keith Urban claimed Rayvon this round. I am just going to assume Urban received a bonus for saying that.

Clark Beckham – “Earned it” The Weeknd

Rayvon Owen – “You Are So Beautiful” Joe Cocker

My Round 3 Winner? – I’ll give this round to Nick. The judges picked a perfect song for him.

Rayvon Owen finally went home tonight. If you have been following my recaps, then you know I’ve never been a Rayvon fan, but that doesn’t mean I am celebrating his elimination. He seems like a good guy. Hopefully he finds some success after the show.