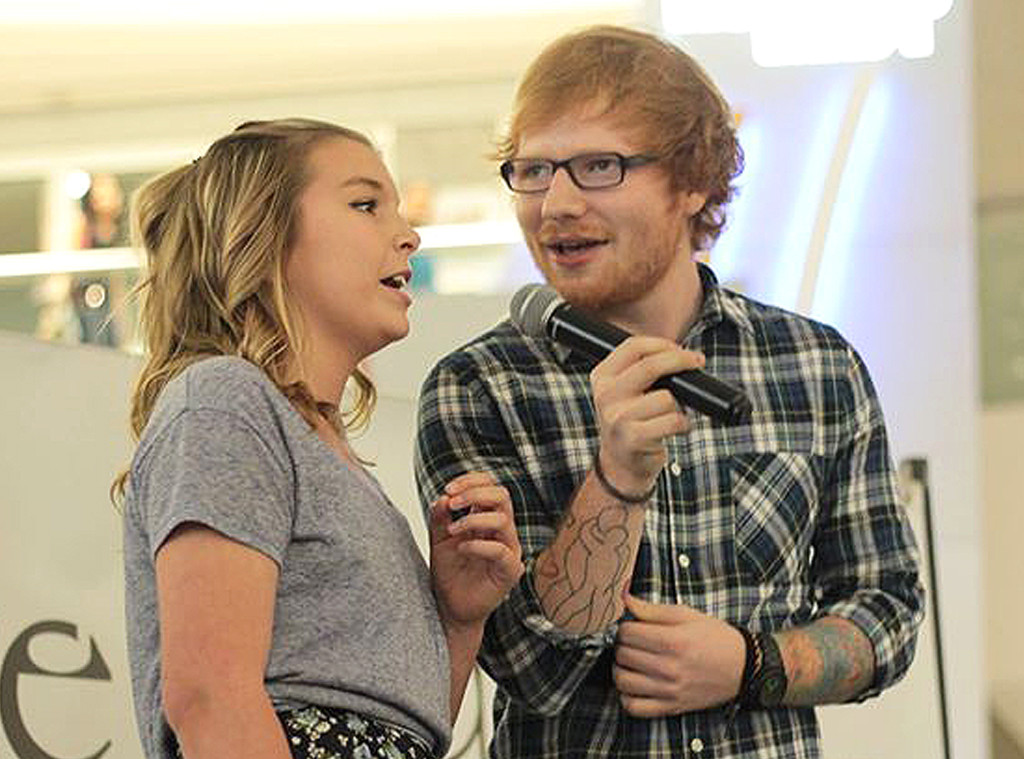 Ed Sheeran Is The Perfect Celebrity, Jumps On Stage To Surprise 13-Year-Old Fan Inside Mall (VIDEO)

We know Ed Sheeran is best friends with Taylor Swift, and it looks like the redheaded singer has learned a thing or two from Swift. Mr. Sheeran was hanging out inside the West Edmonton Mall when he heard someone singing his song, Thinking Out Loud.

That someone was 13-year-old Sydney Bourbeau, a student at the Resonate Music School. She was performing in a celebration concert for Play for Pets, which is a fundraiser supporting the Edmonton Humane Society. During her soulful performance, Sheeran walked up behind her on stage to surprise her.

I had just finished taking my microphone out of the stand, so I thought someone was just coming up to grab the stand or fix something. I realized it was him after he came up the stairs on the stage, and I freaked! He came over and hugged me and I wanted to just cry and talk to him, but I realized he wanted to come sing his song with me!

That’s right, folks! The 24-year-old singer really wanted to make this moment special for the girl, so he decided to help her sing his hit song.

Check out the great moment below…

Sadly, Sydney wasn’t able to find Ed after the performance, “I ran after him as soon as it was over but I couldn’t find him.” She said. But this is Ed Freakin’ Sheeran we are talking about here. He wouldn’t just leave the girl empty-handed.

His manager contacted me and asked if I wanted to come to his concert and we got front row center! It’s all very crazy and overwhelming, but it’s so fun and everyone around me is so supportive and happy for me. It’s a once in a lifetime experience and I’m having the time of my life.

What a neat story.