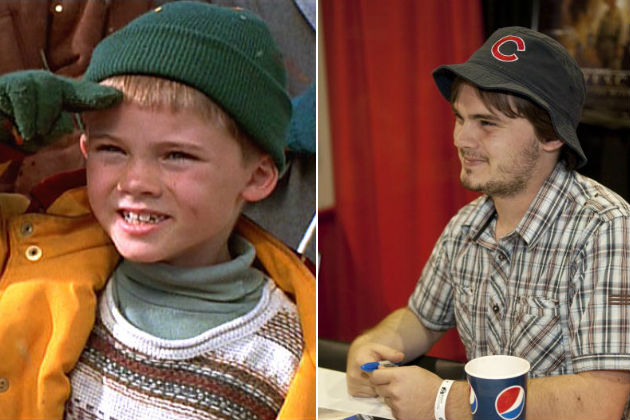 Remember The Little Kid From ‘Jingle All the Way’? He Just Led Police On An Insane Car Chase The 26-year-old actor could use a little help from Turbo Man right about now after leading police on a high-speed chase last week in South Carolina. Last Wednesday, police chased the actor for over 20 miles, even entering another county. During the chase, police claim Jake was passing cars on the double yellow line and driving well over the speed limit.

Eventually, Lloyd lost control of his car and crashed off a side road on Interstate 95. He went straight through a fence and slammed into a tree before coming to a complete stop. And according to Sheriff’s Sgt. Kyle Strickland, the actor was not intoxicated at the time of his arrest, which is a little shocking.

Police charged him with reckless driving, failing to stop for officers, resisting arrest and driving without a license. Sources say he has not been able to post bond.

A few years ago, the former actor gave a rare interview where he talked about how miserable his life was after Star Wars. “My entire school life was really a living hell.” He admitted, saying mean kids would tease him every single day, “making the sound of the light saber every time they saw me.”

Hopefully no one recognizes him in jail. They probably wouldn’t be as kind with their lightsabers…