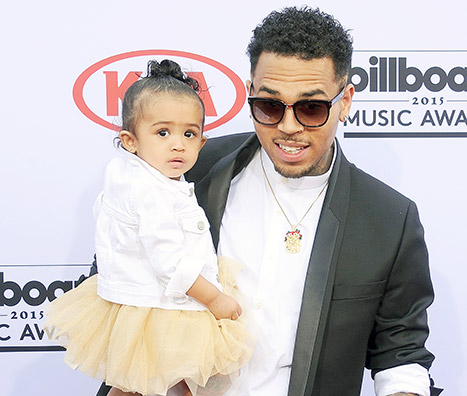 Mr. Brown doesn’t understand it either, which is why he just filed legal docs in Houston to establish paternity. Not only will this help him lower payments, but it will also give him the right to fight for custody. Right now, Brown is paying around $2,500 in child support a month, and he believes that amount is fair. He also thinks a judge will agree with him.

But like we said, this power play isn’t just about money. Chris claims Nia has been denying him legal rights to see his daughter. He’s hoping a judge will be able to “set her straight.”

Of course, the 26-year-old singer hasn’t had a great history with judges in the past. However, it does look like his daughter has changed his life for the better. During the BET Awards last weekend, Brown talked about how thankful he was for his daughter.

A lot has changed in my life, a lot of mistakes, a lot of lessons learned. The best thing, I’m most thankful for is my daughter. At the end of the day, love is love.

For me, there comes a time where people have to grow up and start becoming more of an adult and taking responsibility, and I think this was just a blessing in disguise with my daughter.