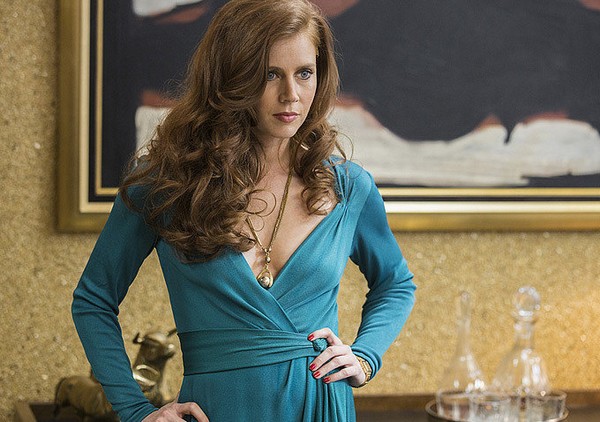 8 Celebrities Reveal Who They Are Crushing On In Hollywood What? You mean even celebrities develop crushes on other celebrities? Yes, it’s true. Why do you think so many famous people end up dating/marrying other famous people? It all starts with a crush. Sometimes the crush goes both ways, and sometimes one celebrity is left wanting something he/she can’t have. The pain we normal people deal with every single day.

Check out the list below to see if any celebrities share your celebrity crush. Did that make sense? I think it did. The lovely Eva Mendes just had a baby with one of the most crushable dudes in history, Ryan Gosling. But believe it or not, Gosling wasn’t Eva’s first choice. Back in the day, she had a massive crush on Oasis frontman Liam Gallagher. She even checked out one of his concerts before she was a famous actress…

“I got backstage and met him. But I was so in awe of him, I couldn’t say anything. He just looked at me as if I was dumb. Just thinking about it now makes me break out in a cold sweat.” Honestly? We could probably give you at least 50 celebrities who are currently crushing on Ryan Gosling, but let’s just focus on Martha Stewart’s huge crush on him. While talking with Entertainment Weekly, the 73-year-old admitted to watching every one of his movies. “I was into Ryan Gosling for quite a while.” She added.

Don’t feel alone, Martha. I am a straight man, but if Ryan Gosling tried to touch me inappropriately? There is a 75% chance I wouldn’t stop him. When you look like Joe Manganiello, your chances of landing your celebrity crush increase significantly. The 38-year-old actor had a HUGE crush on Sofia Vergara for a long time, and when he found out she was single, he decided it was his time to shine. Right after Sofia ended her engagement to Nick Loeb, Mr. Manganiello flew across the country to schedule a date with her.

“So I flew out there and took her out on a date. She’s blamed me ever since for ruining her life because she was supposed to be single. But I didn’t let that happen. And here we are.”

For those who don’t know, their wedding date has been scheduled for November 22. After her incredible performance in American Hustle, we have to imagine there were thousands of dudes crushing hard on the 40-year-old actress. But what about her crush? Who does she like? Well, W Magazine asked her that question back in 2013, and she admitted that the dirty Colin Farrell was her celebrity crush.

“I haven’t really worked with him or met him. I know that sounds like a crazy thing to say, but typically the people that I work with like Leonardo, I worked with him and then he was a human to me and I felt like I couldn’t crush on him anymore. Does that make sense?” As you all know, Jada has been married to a prince since 1997. That prince being the Fresh Prince, Will Smith. But just a few years ago, Jada admitted she still can’t get over the huge crush she has on Prince, you know, that little singer-songwriter from Minnesota? You have probably heard of him.

She told a British magazine the following…

“My first crush was Prince – and he’s still my crush. I can’t get over him!” 69-year-old actress Diane Keaton has never been married. She has been in love several times but just never felt like she could fully commit to someone for the rest of her life.

“The fact that someone could live for 40 years with someone and be devoted to that person is something that moves me.” She told Ellen DeGeneres back in May of 2015. When Ellen told Diane that “it’s not too late!” The actress replied by trying to think of who she would want to marry, “Who’s gonna…Wait, oh. Channing Tatum?”

Sadly, Channing is already married to Jenna Dewan. It looks like Keaton will have to continue her search. I’ve always liked Josh Hutcherson. He seems like a nice guy, and I’ve enjoyed almost every movie he has starred in. But then I heard he was crushing hard on Emma Watson. Now I feel like my best friend just stabbed me in the back.

Back in 2013, the actor admitted he tried to schedule a meeting with the 25-year-old actress…

“I love Emma Watson. I’m dying to meet her. I tried to get my manager to call, like, ‘Er, could you like call Emma’s manager and see if we could, like, meet or something?’ It hasn’t happened yet. One day, fingers crossed!”

Yeah, well…you might have a manager with connections. But did you ever compare her to a peanut butter and jelly sandwich? Probably not. That’s right, it seems like everyone wants a little piece of Justin Timberlake. Not only is he married to the beautiful Jessica Biel, but he also has celebrities like Jennifer Freakin’ Lawrence crushing on him. During a Q&A session with Yahoo, Lawrence talked all about her huge teen crush on Mr. Timberlake…