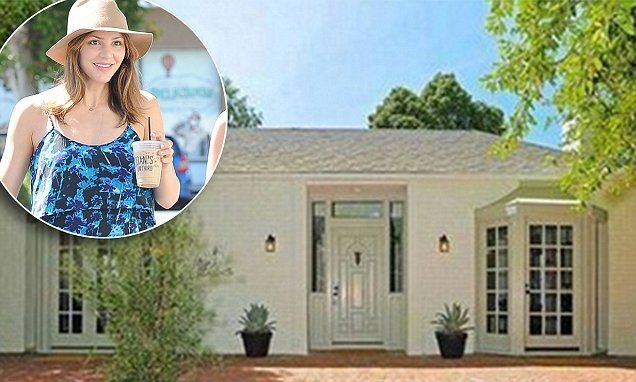 Katharine McPhee Buys Herself A $1.4 Million Divorce Present, Check Out Photos Of Her Beautiful New Home Inside! As most of you American Idol fans know, the lovely Katharine McPhee is currently in the process of divorcing Nick Cokas. The 31-year-old singer/actress is the one who filed for the divorce. A rep for the singer released a statement saying, “After six years of marriage, and having been separated for the past year, Katharine McPhee has filed for a dissolution of marriage from Nick Cokas. The two have an amicable relationship and will remain friends.”

Well, now it looks like Katharine is officially moving on. She just dropped a cool $1.4 million on a house in Toluca Lake. The house features three bedrooms, two bathrooms, a huge kitchen with an island area, and a private pool/spa combination. But at just 2,039 square feet, it makes you remember how expensive homes are out there. You could get a mansion for that price in some places.

But still, the house is perfect for a single lady out in Hollywood. It should give her the fresh start she is looking for. Check out the photos below, and let us know what you think. Is it worth the $1.4 million? Remember, it’s in a prime location.