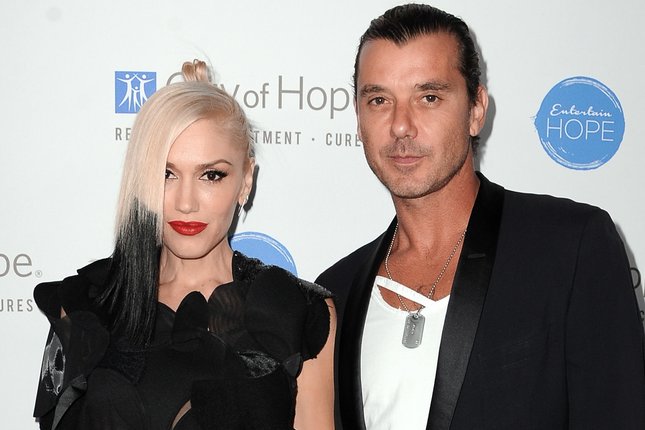 Another Hollywood Divorce? Gwen Stefani And Gavin Rossdale Throw In The Towel! Hollywood has destroyed another marriage. One of the cutest couples around has decided to call it quits. Gwen Stefani filed for divorce from her husband Gavin Rossdale after 13 long years of marriage.

And even though you expect to hear about a divorce in Hollywood every week, fans of Gwen and Gavin didn’t expect to hear it from them. The couple released a statement, mainly focusing on how they will raise their three sons…

While the two of us have come to the mutual decision that we will no longer be partners in marriage, we remain partners in parenthood and are committed to jointly raising our three sons in a happy and healthy environment. To that end, we respectfully request privacy from the media during this time.

The official reason for the split? You already know: irreconcilable differences. The 45-year-old singer is asking for joint custody of their three children. They have 9-year-old Kingston, 6-year-old Zuma and 1-year-old Apollo. Sounds like they could all be new versions of the iPhone in the near future.

Last year, when rumors of a split started spreading around the tabloids, Rossdale called the rumors a load of “bullsh-t.” And during an interview with Howard Stern, he explained how his sense of humor got him in trouble…

I’m pretty dry and I’ve got a decent sense of humor, so [reporters] say to me, ‘You’re doing this, you’ve got a new record…’How do you guys find time for each other?’  And I said, ‘We don’t, that’s why we’ve been together so long.’ I was f–king around, that’s funny to me. Where I’m from, that’s funny. And it was funny, for about a week.

But this isn’t about my failures. This is about Gwen and Gavin ruining their marriage. By the way, back in March of this year, Gwen still seemed to have the hots for her husband. She told Cosmopolitan’s March issue the following…

I never really saw myself landing a guy that hot. I don’t know if I was a nerd in high school, but I definitely wasn’t the super-cute cheerleader so I never saw myself getting somebody like that.

Hopefully they both can work things out where they spend equal amounts of time with the kids. It’s probably going to be pretty hard on them, especially the 9-year-old.