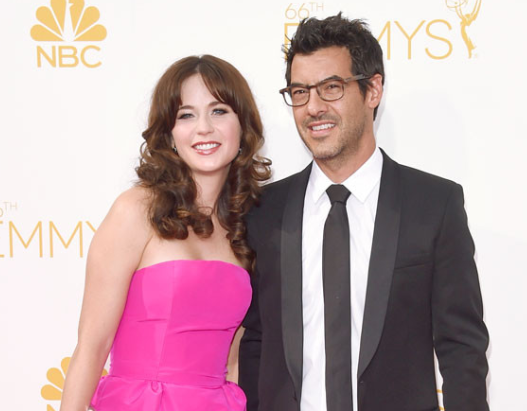 The rep didn’t provide any details on the special day. All we know is that it appeared to happen sometime in June, according to the court documents from Texas. And it looks like they timed everything perfectly because Zooey just gave birth to a healthy baby girl. E! News was the first to confirm the exciting news.

“I am thrilled to confirm that Zooey Deschanel and her husband, Jacob Pechenik, are new parents to a beautiful healthy baby girl.” Zooey’s rep said in a statement released yesterday.

Finding out the baby was a girl had to be pretty exciting for the actress. As some of you may know, she wanted the baby’s gender to be a surprise. During an appearance on Jimmy Kimmel Live, Zooey explained that it’s just more fun that way…

We are going to be surprised. It’s more fun, you know? Make it into a game. The last time [they went to the doctor], the technician was like, ‘Just so you know, I always use the pronoun he. That’s my habit.’ She set it up because we were paranoid. We didn’t want to find out.

This is the first child for Deschanel, but it’s not the first time she has been married. She divorced Death Cab for Cutie lead vocalist Ben Gibbard back in 2012. Hopefully her marriage to Jacob lasts a little bit longer.