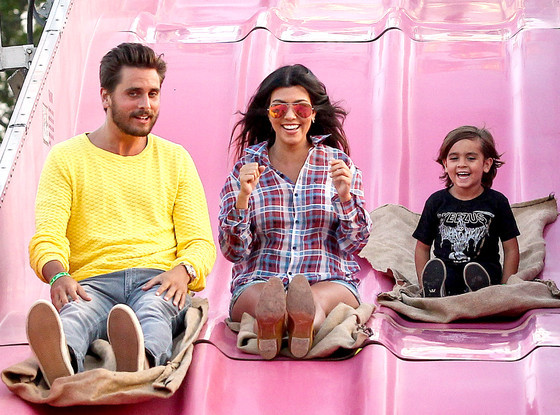 Scott Disick Is Starting To Realize What He Lost, Sources Say He’s Trying To Win Family Back

Is Scott Disick finally ready to grow up? To put all the drinking, partying and cheating behind him? Possibly. Sources close to Scott talked with E! News recently, and they claim the 32-year-old has realized his mistakes. According to the reports, he’s a man on a mission, and he’s not going to stop until his family is back together.

He’s trying to get his life together and that includes getting his family back. He’s hoping he and Kourtney can put this behind them. He knows it won’t be easy. At the very least, he wants to be friends again.

Insiders claim he’s 100% serious right now. He just wants to be a happy family again, but he also knows promises aren’t going to be enough for Kourtney Kardashian. He needs to show her just how serious he is, and that means no more drinking and no more wild parties, unless they involve birthday cake and pinatas for the kids.

He knows he has to prove himself to Kourtney. He needs to show her he can be an adult. That’s all she wants. She knows he likes to party, but she wants an adult who will be there for her and the family every day.

We’ll see what happens. Don’t get your hopes up. Not even Scott’s friends believe him yet, “It’s still too early to tell. It’s Scott—he could wig out at any minute. It’s a wait-and-see situation.” Ouch. At least they are spittin’ the truth. That’s what he needs in his life.

As for Kourtney? Well, she hasn’t really talked about the messy situation; however, she did post this interesting tweet yesterday. It’s a link to a Ted Talks about The Power of Vulnerability.