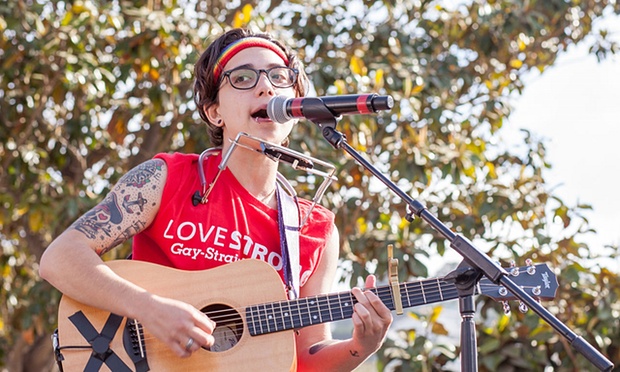 We all know American Idol wants to go out with a bang. They want their 15th (and final) season to be perfect, which means finding the right contestants with incredible stories to bump up the ratings. And one singer they tried to recruit is calling them out.

Transgender singer Ryan Cassata claims the team behind the reality show REALLY wanted him for the final season. The casting director reportedly called him several times after Caitlyn Jenner’s Vanity Fair cover went viral. This all coming after the show rejected him last year after letting him skip three rounds of auditions.

“I tried out but you DIDN’T WANT ME, I wasn’t ‘contemporary enough’ and being transgender wasn’t such a hot issue in the media like it is now.” He wrote in a lengthy post on his Facebook page. But now that Caitlyn Jenner has made the issue so important right now, American Idol casting directors want Ryan back.

This year, I see what American Idol is all about, another pre-casted show, that’s looking for ‘singers’ to boost their ratings, and now they just need that TOKEN TRANS person for America to gossip about, to hype up the show.

But he’s not going to play their game. Why? Because he doesn’t need to. According to Cassata, he’s already making a record right now and already has a name in the indie music world.

They were begging me to go on the show. I am making a record right now — the only good thing that would come from American Idol is I would be able to make a record, and I am already making a record. I have a name in the indie music world. I have toured nationally. I don’t really need American Idol.

So what does American Idol say about all this? The show sent out a statement to Billboard in response to the allegations. You can read the statement below…

Our audition team has often reached out to former participants to audition again. Many find that their voice improves over a year and they have greater success in their second or third attempt. American Idol is about finding great talent and the show welcomes diversity in its participants. We will look into the veracity of the statements in Ryan Cassata’s open letter.

This shouldn’t surprise anyone. American Idol is a TV show first. Finding talented singers is just an added bonus. For the audience to be interested, there has to be some drama and entertaining stories attached. People need to feel like they can relate to the contestants. It makes perfect sense that the Idol team would try to bring Ryan on the show.