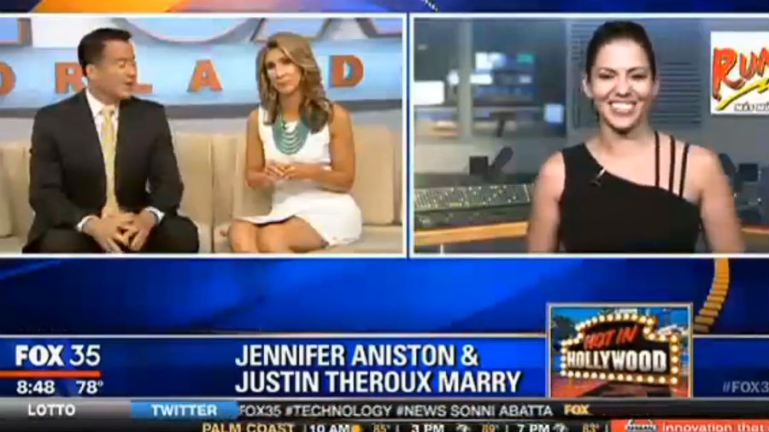 You know who is not keeping up with the Kardashians? Florida news anchor John Brown. He might have one of the most vanilla names in history, but it’s clear his personality is covered in colorful sprinkles.

Mr. Brown walked off the set during a live broadcast last Friday. Why? Because he didn’t want to talk about the Kardashian family again. “We talk about this family every freakin’ day!” He yelled. And you could tell by the anger in his voice that he really wanted to use a more powerful word than freaking.

His Good Day Orlando co-anchor, Amy Kaulfeldt, tried to keep the Kardashian story going, but she didn’t have much luck with Brown constantly interrupting to say things like, “I don’t care! This family, I am sick of this family!”

Check out the hilarious video below…

You can just hear the passion in his voice. He truly is sick of talking about the Kardashians, and you know what? I don’t blame him. We talk about them every single day. He’s right. If you look back at our site each day, you’ll probably see at least one story involving someone from the Kardashian family.

But when he claims that no one cares about them? Well, he’s wrong. We wouldn’t be writing stories about them if people didn’t care. The fact is, people are obsessed with this family, and it doesn’t look that will change anytime soon. By the way, Brown did post the following message to his Facebook account.

Sorry, I lost my mind a bit, although it was partially in jest! I did feel better though after I was done.