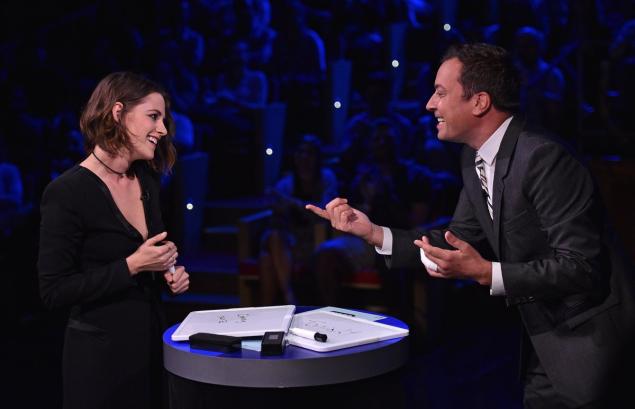 Is she a little awkward? Sure. Does she often have that, “Who farted?” face? Absolutely. However, she has always seemed like a nice and genuine person to me. She doesn’t fake it for the cameras, and during her latest appearance on The Tonight Show with Jimmy Fallon, she showed off some personality during a hilarious game of Word Blurt.

Basically, you’re asked to blurt out words in response to a prompt, which was a recipe for a beautiful disaster because Kristen Stewart is “not very good at the improv joke thing.”

How can you hate her after that? By the way, she was on the show to promote her new movie, American Ultra, with Jesse Eisenberg. The two stars had incredible chemistry in Adventureland, so I have a good feeling about this latest movie. It hits theaters August 21, 2015.

You can check out the trailer by clicking here.