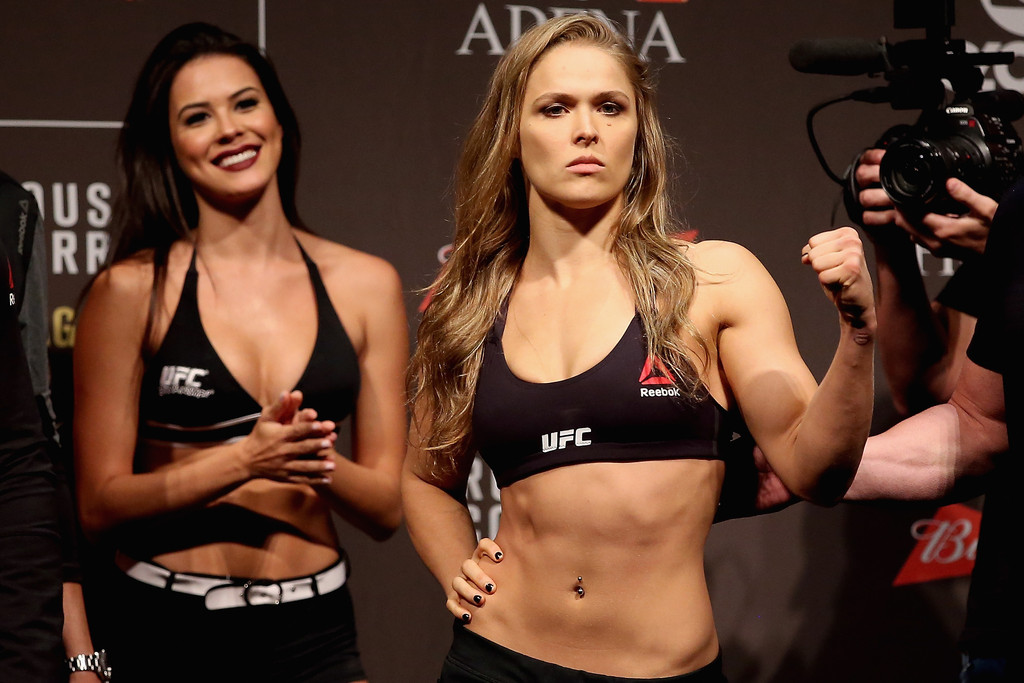 If your Grandmother is added to your Facebook page, then you have probably seen the viral Facebook invitation from U.S. Marine Jarrod Haschert. In the video, which has over 4 million views on YouTube and Facebook combined, Haschert explains that UFC Champion Ronda Rousey is his celebrity crush.

I love everything you do and I think that you are a phenomenal person, which is why it would be my honor to take you to the Marine Corps Ball on December 11th. I really hope this doesn’t get in the way of your training.

Honestly, it would have probably messed with her training. We all know how intense Ronda gets while training for a big fight; however, it looks like Haschert has lady luck on his side. Ronda’s upcoming fight has been moved up to November, which means her schedule is completely free in December.

Since the date of the fight was changed, TMZ asked the superstar fighter if she would accept Haschert’s invite. Of course, she announced that she would gladly accept the special invite.

Do I call him, do I set up a time and place like ‘Never Been Kissed’ and just show up and have him waiting there?

We’re sure he will contact you, Ronda. He probably hasn’t stopped smiling since he saw your response. Just give him a little bit of time. It’s hard to talk and smile at the same time.

Yeah, he’s cute. He’s gotta be a gentleman. I’m not a first-date kind of girl, but we’ll see when I meet him.

Good for Haschert. I’d be lying if I said I wasn’t jealous. I was thinking about making a similar video, but all I have to offer is dinner for two at Olive Garden and maybe a few games of bowling. I don’t think she would have accepted that invitation.