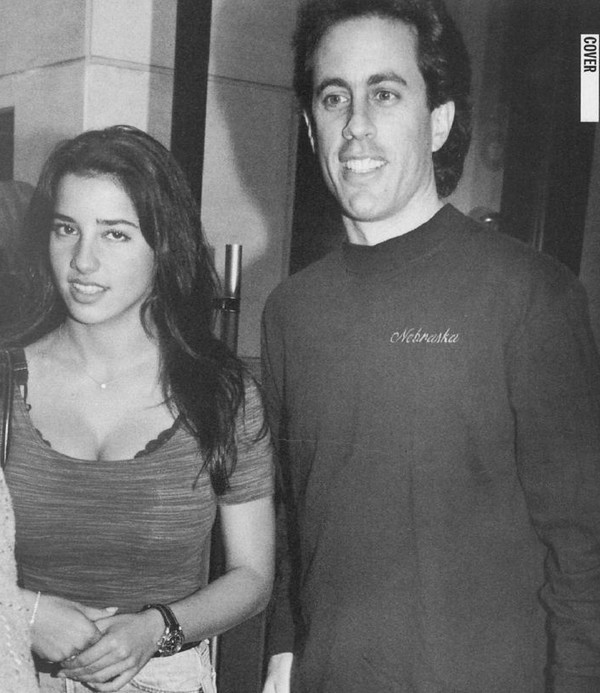 25-year-old Tyga has been called a lot of nasty things after it was revealed he was dating the now 18-year-old Kylie Jenner. He first started dating the reality star when she was 17-years-old, which is why people were calling him creepy. The internet really lambasted this dude, and we’re guilty of jumping in on the fun as well.

But the truth is, their relationship isn’t actually that strange when you compare it to the ones you see below. In fact, a few of the ones below are 100% worse than Tyga’s relationship with Kylie.

Just check out ol’ Jerry Seinfeld chilling at the number one spot. He was doing the “Tyga” before it was popular. The Details: Most of you probably know this, but Ryan Phillippe was married to Reese Witherspoon for eight years. They even had two children together, but apparently Ryan just couldn’t stand Reese taking her spoon every single place they went. Or maybe he just wanted someone younger. A lot younger. That’s where his new 24-year-old girlfriend comes in. Paulina Slagter is a law student, and reports say they’ve been dating for four years, which means Paula was just 20-years-old when the relationship began. The Details: The star couple broke up earlier this year, but they were getting pretty serious for a short time. Suki Waterhouse, the 23-year-old English model dated the 40-year-old Bradley Cooper for around two years before they decided to end things. This means she was just 21-years-old when they first started dating, which makes it an extremely close match to Ryan’s relationship above. According to sources, the age difference between them was one of the main reasons they broke up. One source saying, “Suki isn’t ready. She loves Bradley and he loves her but she’s so young and wants to concentrate on her acting career before becoming a mom.” The Details: Truth is, we could have put a bunch of numbers up there. Mr. Simmons loves younger women, and he has dated several of them. But (we think) his rumored relationship with Miss Universe Leila Lopes was the most impressive age gap. They’re not together anymore, especially not after Simmons called her a publicity whore on Twitter, but when they were “dating” Russell was 55-years-old and Lopes was just 26-years-old. But like we said, this is nothing new for Russell. The Details: Jeff Goldblum is pretty much loved by everyone. After starring in Jurassic Park AND Independence Day, it’s easy to see why. He’ll forever hold a special place in our hearts. But only one person holds that special place in his: 32-year-old Emilie Livingston. The former Olympic gymnast married the soon-to-be 63-year-old actor last November. Earlier this year, they had their first child together. A boy named Charlie Ocean. By the way, this is what she looked like just eight days after giving birth… The Details: The great Jerry Seinfeld. America’s favorite comedian. We teased at the start of this post that he pulled a Tyga, but honestly that’s not even fair to Tyga. Yes, they both dated 17-year-old girls who, uh, had large things on their chest. But at least Tyga was still in his early 20s when he did it. Seinfeld was 39-years-old when he started his relationship with 17-year-old Shoshanna Lonstein. And just like with the Tyga/Kylie drama, Seinfeld claimed the relationship didn’t truly start until she was 18. Understandably, some people will take one look at this situation and think it was all about sex. However, it doesn’t look like that was the case. It turns out, Lonstein was extremely intelligent, and their relationship lasted at least four years. Marriage was even on the table at one point. If you’d like to read more about it, click on this link.