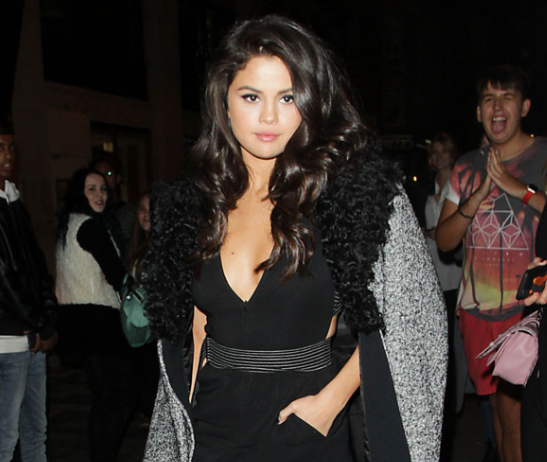 Selena Gomez Opens Up About Lupus And Chemotherapy, Says The Internet Bullies Motivated Her!

While her ex-boyfriend shows off his penis in Bora Bora with a new lady friend, Selena Gomez is focusing on herself and committed to making her recently announced Revival tour the best experience of her life.

During a special interview with Billboard magazine, the 23-year-old singer opened up about her break. She made it clear that her break had nothing to do with Justin Bieber. As some of you may know, Gomez has Lupus, which is an autoimmune disease that can honestly target your whole body. During a ‘Lupus Flare’ people can experience flu-like symptoms, making their entire body weak.

Apparently, Selena was going through a very active Lupus period…

I was diagnosed with lupus, and I’ve been through chemotherapy. That’s what my break was really about. I could’ve had a stroke. I wanted so badly to say, ‘You guys have no idea. I’m in chemotherapy. You’re assholes.’ I locked myself away until I was confident and comfortable again.

Damn. I like this new Selena. Give them some attitude, gurl! She even hinted in the interview that she’s tired of being so freaking nice to everyone, especially when hardly anyone is nice to her. She claims all the unnecessary hate motivated her…

I’m so f–king nice to everybody, and everyone is so vile to me. I’ve been working since I was 7. I’ve been a UNICEF ambassador since I was 17. It’s so disappointing that I’ve become a tabloid story. The hate motivated me.

And she obviously isn’t lying. Her new singles, Good For You and Same Old Love are all over the radio. Fans are loving the new music videos, and everyone is excited to see her world tour, which is scheduled to start in May.