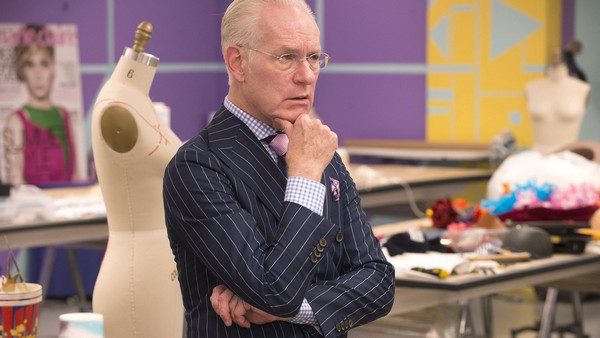 6 Celebrities Who Allegedly Have No Interest In Sex

Most people enjoy having sex, and most celebrities are fortunate enough to have lots of it. Ask any old person about Hollywood, and they’ll probably say something like, “Oh…it ain’t nothing but drugs and sex,” which to me sounds like a lovely time.

But to some people that sounds incredibly uncomfortable, especially the sex part. Believe it or not, there are a few asexual people out in Hollywood. But as you can see from the list below, we had to search hard to find these six celebrities. Some people might even claim that a few of these people aren’t actually “celebrities,” but dammit they all have Wikipedia pages, and that’s good enough for us!

Check out the non-action below… With the last name “Poundstone” you’d think Paula might be up for a good pounding, but apparently that’s not the case. The talented stand-up comedian/actress was believed to be in a long-term relationship with a woman, but thanks to this quote floating around the internets, we know she does her best to avoid romantic relationships.

“I thank my lucky stars I don’t have a partner. I happen to have been born into the world a totally asexual human being. I don’t think I’d be a good partner. I don’t want anyone else’s opinion. I’ll talk to friends who are married or are with somebody, and I shudder at the discussions they have.” As far as we know, Ralph Nader has never come out and said he’s asexual; however, he has made it clear that romantic relationships just aren’t a priority for him. When he was asked decades ago if he would ever get married, he said that he realized he wasn’t the type of person who could have both a family and a career, so he chose the career.

And it looks like work has always come first for ol’ Ralph. It has never been confirmed, but there is a rumor going around that he was investigated early in his career. People were looking to find dirt on him, looking for any sexual adventures they could use against him. They found nothing. The former guitarist for the Red Hot Chili Peppers was a celebrated asexual for many years. The online forums often praised him for choosing “meditation” over sex and drugs. But it looks like that recently changed, and the experience did not end well for him.

Back in 2011, he married a drummer/singer named Nicole Turley. Sadly, their marriage only lasted a few years. They announced that they were getting a divorce in May of 2015, and it looks like it’s been a nasty split. According to reports, Turley was asking for $75,000 a month as part of their divorce settlement. She claims the $20,000 she currently receives just isn’t enough, because you know it’s like totally impossible to live comfortably on $20,000 a month.

This is probably why John avoided relationships for so long. On the list of interesting things about Richey Edwards, being asexual is probably near the bottom of the list. The former lyricist and guitarist for the rock band Manic Street Preachers had an incredibly odd life. Many people believe he was one of the greatest songwriters of all time, but his strange disappearance back in 1995 is what most people know him for.

There are several theories floating around, each claiming to know exactly what happened to him. The most common one is that he was living out of his car for a few weeks, before jumping off the Severn Bridge, which is a popular place to commit suicide.

His family held out hope for years, refusing to declare him legally dead until November of 2008. He’s now officially “presumed dead.” If you’re one of those people who enjoy listening to songs about unrequited love, then you are probably a huge fan of Steven Patrick Morrissey. He was the lyricist and vocalist of the wonderful band The Smiths. After the band broke up in the late 1980s, he decided to launch his solo career, where he continued to top the charts.

His sexuality has always been something his fans have wondered about. Was he attracted to men? Women? Or was he not attracted to anyone at all? Well, it doesn’t look like there is one answer which tells the whole truth; however, the last option is probably the most accurate.

Throughout his career, Morrissey claimed he was asexual and celibate. But in 1997, he revealed he had been in a relationship with someone for two years before the person broke his heart. It was later revealed that person was a man, which led many people to believe he was homosexual.

In 2013, the singer released the following statement on his website…

“Unfortunately, I am not homosexual. In technical fact, I am humasexual. I am attracted to humans. But, of course… not many.” The likable fashion expert, television personality, author, and voice actor has obviously accomplished a lot of wonderful things in his career, including a Primetime Emmy Award back in 2013.

But even with his success, people still want to talk about his sexuality. In 2006, Gunn revealed he hadn’t been in a relationship since the early 1980s. He apparently got his heart crushed by his former partner. Several years later, Gunn talked more about his celibacy, saying, “Do I feel like less of a person for it? No… I’m a perfectly happy and fulfilled individual.”