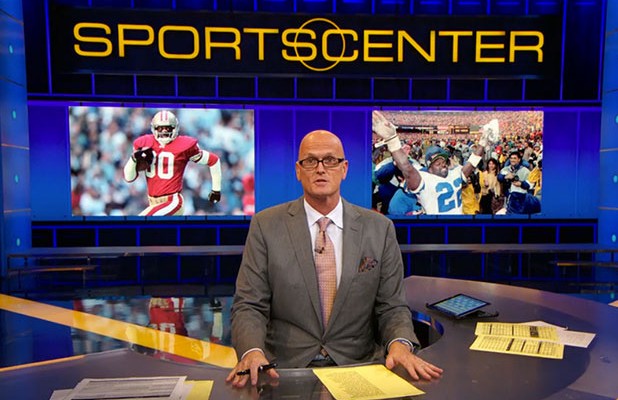 Watch: ESPN’S Scott Van Pelt Gets Real With The Media About Lamar Odom The Basketball Player

If you have been following this tragic Lamar Odom story, you have probably noticed something. People seem to be focusing more on the Kardashian family. Some websites haven’t even mentioned the fact that Lamar Odom was a superstar basketball player before marrying Khloe Kardashian.

Believe it or not, his life did not begin with the Kardashians. In our first story about Lamar, we described him as a former “NBA star/reality star” and we think that’s an accurate description. You can’t mention one without the other, because unfortunately a lot of people only know him from the Kardashian universe.

But ESPN’s Scott Van Pelt has a special message for those of you who didn’t know Lamar Odom the Basketball Player.

Good stuff right there, but I do believe some people are taking things too far with the Kardashian hate. According to several reports, Khloe and the family have paid for specialists from L.A. to visit with doctors in Vegas. They’re trying everything possible to save him, and it’s clear Khloe truly does have strong feelings for Odom. We can’t blame them for Odom’s potentially deadly mistake.

And while we’re talking about Odom, we might as well give you an update on his condition. Last we heard (10/16/2015) things aren’t looking good. Sources inside the hospital claim the 35-year-old’s condition hasn’t improved at all. His chances of survival are at 50/50, but even if he does survive, doctors fear he might not ever be the same again because of the damage to his brain.

Sources say this situation is similar to Bobbi Kristina’s death; however, Odom has a slightly better chance of surviving because he did not lose oxygen to the brain for as long as Bobbi.

We’ll continue to keep you posted.