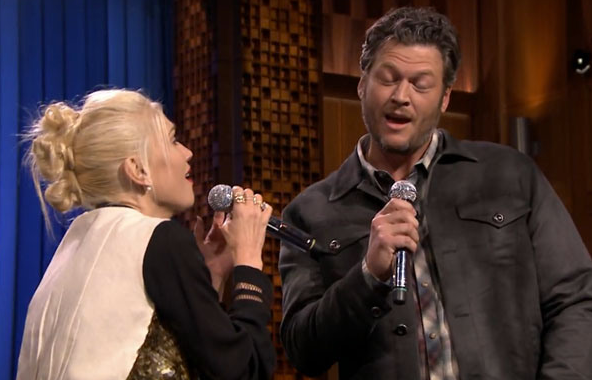 Blake Shelton’s Rep Confirms Gwen Stefani Dating Rumors, No One At The CMA Awards Can Believe It (Except For Miranda Lambert!) 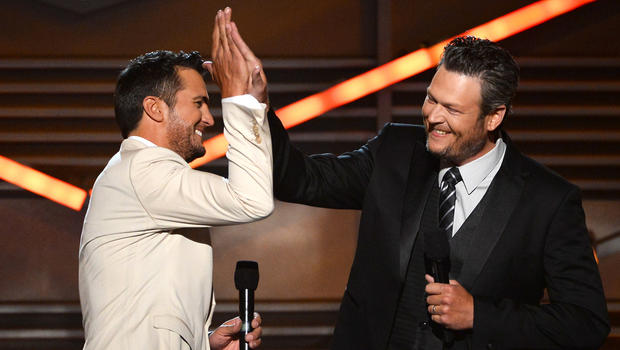 We warned you, folks! Earlier this week we showed you photos and explained that there was a chance Blake Shelton and Gwen Stefani were dating.

Now we have confirmation of this shocking news. E! News was able to confirm with Shelton’s rep last night that Blake and Gwen are dating. The rumors, the sources…THEY WERE ALL TRUE FOR ONCE! And no one in country music can believe Blake was able to pull a woman like Gwen.

You’re trying to trick me…Pull up online. I need to see where Blake has stated that. It can’t be true, because there’s no way Blake could ever score a girl like that. It’s not true.

It’s true, Luke! Also, did he just insult Miranda Lambert (and anyone else Blake has dated) by saying Blake could never score a girl like Gwen? Speaking of Miranda, she might have been the only one who saw this coming. Sources say she’s not surprised by the news because the two stars were always flirting with each other…

She was not surprised to hear of the romance between Blake and Gwen. They were always pretty flirty. Miranda and Blake were on the rocks on and off and knew that this could always be a possibility. She has nothing against Gwen and thinks she is a very talented artist. Whomever Blake is with she wishes them the best.

That’s sweet and all, but she has to be A LITTLE pissed…right? Blake’s infatuation with Gwen could have contributed to the fall of his marriage to Miranda. I mean, that seems to be something Shelton needs to work on. As some of you may remember, Blake fell in love with Miranda while he was still married to his first wife.

You can click here to watch their duet back in 2005. Blake claims his love for Miranda started on that stage. If things get serious between Blake and Gwen, she might want to think about locking him inside a room.