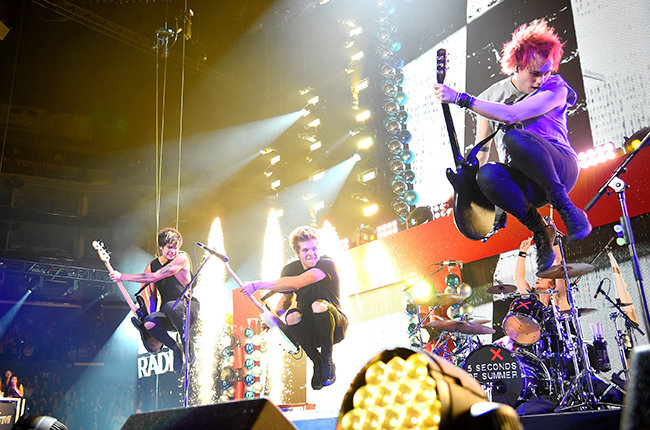 UPDATE: Yes…this happened a few months ago, but many fans have still never seen this

The ‘business’ people in charge of making sure 5 Seconds of Summer continues to bring in millions of dollars might want to think about investing in a bubble of protection for fan favorite guitarist Michael Clifford.

Just 5 months after almost being burned alive on stage, Clifford suffered another scary accident on stage during the band’s performance at the Radio 1 Teen Awards in London.

Check out the incident in the video below…

So what the heck happened? How did he not see the giant hole in the middle of the stage? Well, he actually had a pretty good excuse. He joked with Radio 1 that he was distracted by Rita Ora, “I was looking at Rita Ora and I was like… hey and I fell..”

And even though he escaped a major injury again, he still might be walking funny for the next few days… Hey, at least he has a lot of support. Look at all those likes and retweets! Over 100,000 fans wishing him a speedy recovery. You can hate on “boy bands” all you want, but their fans are super passionate.