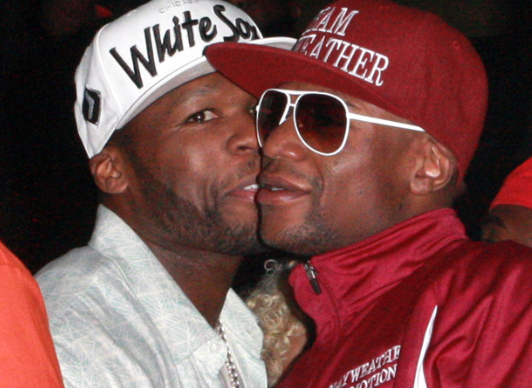 Vivica A. Fox Defends ‘Empire’ By Implying 50 Cent Likes To Take Guys To The Candy Shop Well, damn. If you missed Sunday’s Watch What Happens Live, you missed seeing Vivica A. Fox throw some major shade. We’re talking an asteroid slamming into Earth, and the dust cloud blocking the sun for years type of shade.

During the show, host Andy Cohen brought up the ratings for the hit show Empire. He asked Fox what she thought about that message 50 Cent reposted on his Instagram account, “What were your thoughts when 50 Cent blamed the season ratings dip on ‘gay stuff?'”

For those who don’t remember, we actually posted a story about this. You can click here to check it out. 50 cent’s rep later claimed the rapper deleted the post when he noticed the gay bashing was attached. He apparently was only posting it to show off the dip in the ratings.

But no one really believes him, especially not Fox (the woman, not the Network). She responded to Cohen’s question with this…

First of all, you know the pot called the kettle black is all I’m saying. He just seems like he’s got something that’s not quite clear.

She then made a reference to a magazine cover 50 Cent did with Soulja Boy. She claims he looked like a “booty snatcher” on the cover, adding that it made her feel a little uncomfortable. Obviously, both 50 Cent and Soulja Boy are fighting back, because being called gay is like TOTALLY NOT OKAY, U GUYZ! Especially when you’re a rapper.

Mr. Boy responded on his Instagram account by saying Fox is a washed up Granny looking for attention… And how did Mr. Two Quarters (or Mr. Five Dimes) respond? Well, we can’t exactly post his uncensored message on our site. You can click here to check it out on his Instagram account, or you can just read the censored quote below and fill in the blanks for yourself.

He also posted the photo you see below… With the way 50 is reacting, you’d think Fox claimed he’s responsible for murdering a group of small children or something. But either way, she’s the one who decided to turn up the oven in the kitchen.

She can’t be mad now that the whole house is on fire.