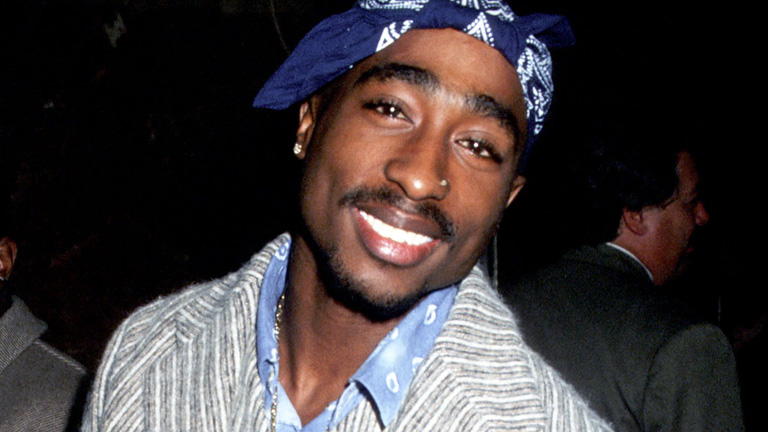 FOOD FOR THOUGHT: Tupac Wrote A Letter From Jail On How to Be a Boss Player! You Can Buy it for $225K or Just Read it Here. This letter came at a pivotal point for Tupac. He was just recently shot and robbed and was doing time for a sexual assault case. He was in New York’s Clinton Correctional Facility and dictates in the letter that his time in prison has allowed him to detox. We also know from the letter that Tupac was depressed and was self-medicating with weed and alcohol. Jail appeared to be somewhat of an escape that allowed Pac to break away from his life, gain some inner peace and make some crucial changes.

Here is my interpretation of the hand typed letter

I’m am sure by this time people are confused. There is no doubt the rumor mill is Buzzing. 2PAC gets shot 5 times, 2 PAC goes to Jail 4 rape, 2PaC said Thuglife is Dead. I will try 2 explain and dispel some misunderstanding. #1When a normal man questions his existence it begins with childhood, Teenager, Adult. However when most black males examine their lives especially those of us from a ghetto upbringing, we realize this is not our development stages. Ours begins with a young Dustkicker, a Thug Nigga, then finally a Bossplaya. Each stage has many obstacles and pleasure, but they are all lethal if not played properly. Growing up in New York I was a young dust kicker from 183rd & Walton Avenue, I then went from Baltimore to Marin County to Oakland where I was schooled in he Rules of the Game by BossPlayaz and streethustlaz. It was here that I received my first taste of success. However this was also right after two Oakland Police Officers wacked me unconscious for Jaywalking & saying F*ck the police. This event thrusted me into the second stage Thuglife. There were no rules or road maps in Thugllife. Just game and ambition.

I believed I had both, so I played this game of life the only way I knew how, 4 keeps! I strapped up, put on my double-laced bulletproof vest and perfected my skills in the studio and at the shooting range. I lived life 2 the fullest. I met true ass niggas like Syke, Kato, Rated, Black, Lil Monsta, Bone, Make, Serge, Manute, Paynt and many other down ass gangstas from various sets and gangs, both Crips and Bloods. It was they who further laced me 2 this game. It was here I learned the meaning of ‘Can’t Stop, Won’t Stop’. As I drove thru L.A. with Jinx and Kool G Rap on the night of the riots, thuggin to thee fullest, I fell in love with L.A. I met true boss playaz who tried to school me on the next level. Many niggaz never survive the second level of Thug Life. They become addicted 2 death. A real boss playa knowz when 2 advance. U must play the game not let the game play u. Around this time, I was popular as sh*t and everybody knew my face so, u know how sh*t goes….mothafuckaz saw dollar signs and I got sued left and right. My shows were packed but people kept getting shot. The Vice President at the time, Dan Quale, tried to ban me, this sate trooper’s widow was calling me a murderer because her husband’s killer was listening to my music when he did the crime and I’m getting shot at and people are dying catching strays.

I got distracted by my depression and I stayed drunk and weeded 2 kill the pain. I was open 2 evil because I was not on point. I committed the first sin of the game…SLIPPIN’! I got set up by some jealous busta bitchmade playa haters and got shot and robed. In that order! I recovered only to be sentenced  one and a half to four and a half years in a State Pen. I am currently at Clinton Maximum Security Pen. In Dannemora, New York where the C.O.’s openly call u a nigger and put hands on U at will . Note number 1: if an inmate puts his hand on a C.O. that’s an automatic 7 (seven) years. Anyway, the thug in me started buggin’ from withdrawal from my previous medicated state and, under the pressure, I nearly lost my mid. Until the seeds planted by Gz before me showed me the path to the next level the Ultimate Boss Playa. A regular playa plays women A boss playa is a thinker, a leader a builder, a moneymaker, a souljah, a teacher and, and most of all a man! I want all my homiez 2 realize there is another level. It takes heart and courage 2 stand alone, face the demons and make a change! We are powerful people but, not unless we have power, and if we all die, we have nothing. No power, no money, no life, nothing. I challenge all the souljahs of this nation 2 examine and evaluate your lives. Are U ready 4 the next level? I did not begin Thug life; I just personified it.I couldn’t’ stop it if I tried but , I my heart, these thug niggas has advanced to be a boss playa. So, no. Thug Life is not dead but in my heart it is. If u are sharp, u will learn from this. If not, 5 shots and years later, u too will see, if you are that lucky. Beware of playahatters and evil envious ‘homiez’. The will bring u harm. It aint’ all good, my people – be aware! Hopefully, this will do some of u some good. If it does then I don’t sit in Jail in vain. I’ll see y’all in about 18 months. If it’s still in me, Ill drop another album. Not 4 me, butt 4 the homiez that made it Number 1 and platinum in 2 weeks! I promise u one thing – when I touchdown, it will shake the world!!!

UNTIL THE END OF TIME

‘Revenge is the Lord’s’ (The Bible)

P.S. 2 my ENEMIEZ: REMEMBER THIS – WHAT COMES AROUND GOES AROUND!! 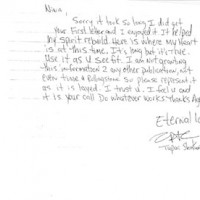 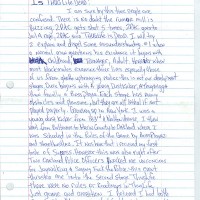 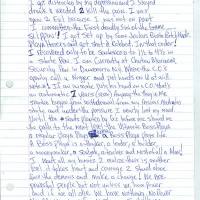 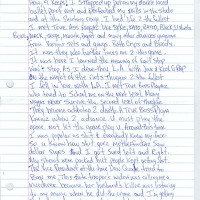 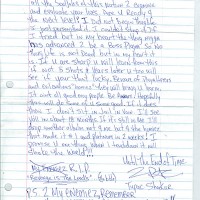 This letter was reportedly written to Nina Bhadreshwar who worked for Death Row’s ‘Uncut’ magazine. She also had her own publication called The Real State Magazine. Bhadreshwar who is not without controversy herself, describes the letter as:

… a five-page essay on his view of the rite of passage of a young black male in America. And that was the beginning of our real correspondence The Letter was written to Nina Bhadreshwar (pictured above), who worked for Death Row Records

The document which is being sold on the Moments of Time website comes along with more proof of authenticity and they verify that Nina was indeed the recipient. There is a small note to her, where Tupac is saying that he trusts that she will do right with this information. The letter states,

Sorry I took so long. I did get your first letter and I enjoyed it. It helped my spirit rebuild. Here is where my heart is at this time. It’s long but it’s ture. Use it as U see fit. I am not granting this information to any other publication, not even Time & Rolling Stone so please represent it as it is layed. I trust u.I feel U and it is your call. Do whatever works. Thanks Again.

It appears selling the 5 page essay for $225k is what works for Nina.