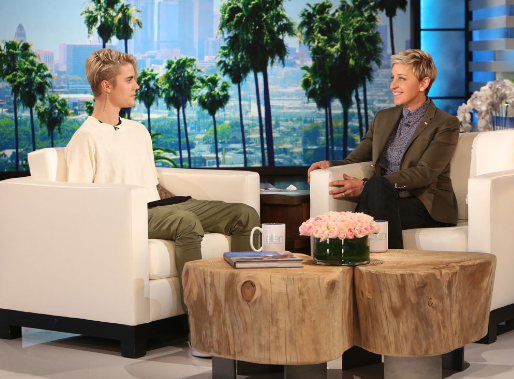 Are You Sitting Down? Justin Bieber Announced Some Major News On The Ellen DeGeneres Show! (VIDEO) After a difficult week or two, Justin Bieber and his fans needed some good news, and the Biebs delivered some wonderful news during his recent appearance on the Ellen DeGeneres Show.

WHAT IS THIS NEWS? IS HE GETTING BACK TOGETHER WITH SELENA? WAS HE SECRETLY HIDING A TWIN BROTHER ALL THESE YEARS, AND NOW THE WORLD IS GOING TO BE INTRODUCED TO A BRAND NEW JUSTIN BIEBER?

No, no, no. Let’s not get crazy now. Bieber announced that he will be going on his first world tour in three years. It’s been a minute since Justin felt the struggles of the tour life, so hopefully he can handle all the pressures that come with it.

When will the tour start?

Good question, and it’s a question Bieber didn’t even remember the answer to. When Ellen asked him, he smiled and said, “This was the only thing I had to remember, and I can’t remember.” But the graphic on the screen had his back.

The ‘Purpose’ World Tour will begin March 9, which gives Bieber plenty of time to practice. Like we mentioned above, it’s been a few years since he’s had a world tour. A full list of dates has not been released yet, but tickets will be available to purchase starting next week. A pre-sale will start on Ellen’s site today, you can check it out by clicking here.

You can watch video of the announcement below. By the way, the timing of this tour is interesting. As some of you may know, Bieber and One Direction have been throwing subtle shade bubbles at each other ever since One Direction announced they would be releasing their album the same day Bieber is releasing his on Nov. 13.

The boy band is expected to begin their “break” in March, which is when Bieber is starting his tour. Could he be trying to steal some of their fans? It’s possible.