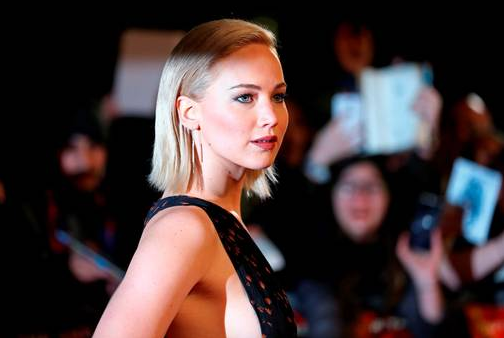 It’s Jennifer Lawrence season again. That special time of the year when Lawrence decides to give us all early Christmas presents with her wonderful (and possibly award-winning) films. The final movie in the Hunger Games series hits theaters next week. And then her next film, Joy, will be released just one month later on Christmas day.

What does this mean? It means you can expect to see her name in the headlines for the next month or two. The incredibly talented actress appears on the December 2015 cover of Vogue, and of course she looks absolutely beautiful.

In the cover story, Lawrence revealed some pretty interesting details about her life. Let’s start off with one of the most painful times of her life: the nude photo scandal. As you all know, she was one of several celebrities who had their nude photos shared online back in August of 2014. She claims the experience was “all pain and no gain.” She also remembers exactly where she was when she heard the news. Her mother was visiting with a new puppy, which instantly became J-Law’s puppy after it stayed with her while she cried for hours…

I was outside crying, and Pippi jumped up on my lap and started licking up all my tears, and I couldn’t put her down for hours. And I mean, hours. I was like, ‘Well, obviously, you’re mine.’

But she has moved on from the incident, and that’s exactly what we are going to do right now. Let’s jump right into the next topic…

I feel like if I find that one person who I want to spend the rest of my life with, who I want to be the father of my children, that I would absolutely not f–k it up. But I’m also not banking on that.

Another interesting fact? Mila Kunis and Ashton Kutcher are her neighbors, and apparently she shows up at their house uninvited all the time…

I’ve got a bunch of friends who live really close, thank God. And I’ve made friends with Mila and Ashton, two doors down. They’re awesome. I go over there uninvited. They’re probably getting pretty sick of me.

Sounds like my neighbor, except my neighbor isn’t an attractive 25-year-old actress. My neighbor is 71-years-old and constantly smells like she’s been rubbing meatballs all over her body.