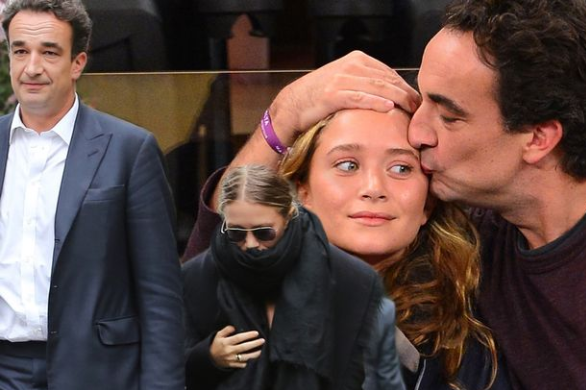 Mary-Kate Olsen Is Now Married To Olivier Sarkozy, And It Looks Like Almost None Of Her Full House Co-Stars Were Invited! The good news? It looks like Mary-Kate Olsen has found true love with Olivier Sarkozy. They got married last Friday at a private home in New York City in front of 50 friends and family.

The bad news? It doesn’t look like those 50 guests included her Full House co-stars. Bob Saget was on NBC’s Today show on Monday, and he confirmed that there was indeed a wedding, but he made it clear he was not invited.

He certainly played it cool in the interview, but you have to imagine he’s a little disappointed. He played her father for 8 years! DOES THAT NOT MEAN ANYTHING TO HER? Obviously not, because Uncle Joey and Uncle Jesse weren’t invited either.

Dave Coulier told E! News that he’s extremely happy for her, “I’d like to congratulate Mary-Kate and wish her and her husband all the happiness in the world. Sending my love.” “In the blink of an eye.” Congrats MK. X

Of course, with the way Stamos is aging, that photo could have been taken yesterday. Will that dude ever LOOK old? He’s 52-years-old now and still looks like he’s 35.

Anyway, Bob, Dave, and John shouldn’t be too offended by the lost wedding invitation. It looks like Mary-Kate and Olivier wanted this wedding to be a secret. Guests were ordered to turn off their cell phones before entering, and like we mentioned above, there were only around 50 guests.

Congrats to the happy couple! By the way, Olivier is 46-years-old and Mary-Kate is just 29-years-old. It’s not the most dramatic gap we’ve seen in Hollywood; however, it is significant and has been talked about a lot in the media. That’s probably one of the reasons they wanted to keep this wedding small. Mary-Kate does NOT like attention.