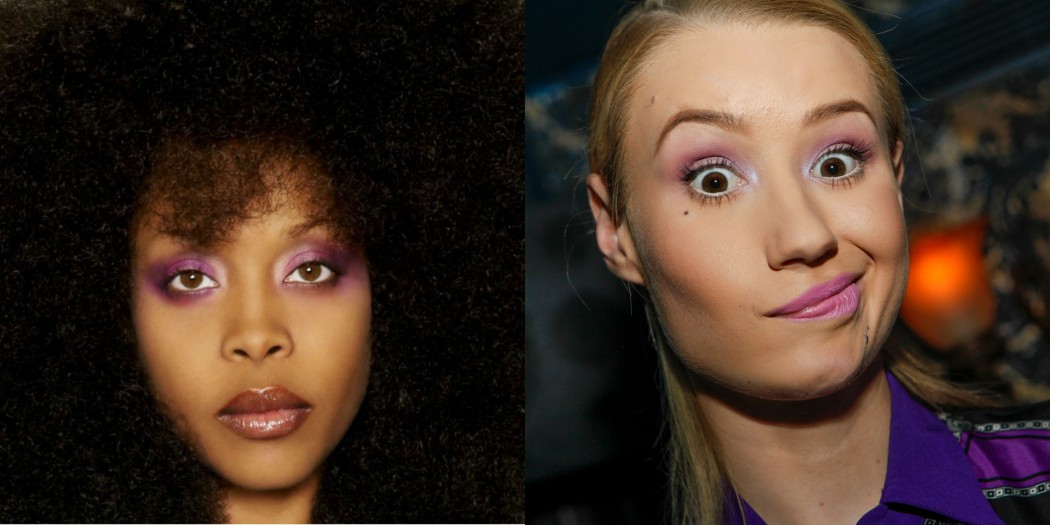 I used to like Erykah Badu, but as her popularity dropped she began to get somewhat self-righteous and for me there is no bigger turn off.  Because Iggy is easy to pick on and people feel they can laugh at her expense guilt free, she became the butt of Badu’s joke during the BET’s Soul Train Awards.

Badu called Iggy’s work, “Definitely not rap” and we all got a good chuckle. No one expected the 25 year old to come back at Erykah but she did and did so somewhat politely and respectfully with a simple tweet.

We are days from 2016, but i came online today and saw its still cool to try and discredit my 2014 accomplishments. LOL, fucking hell.

Badu at age 44, an icon, a mother of two girls and the elder of the two, should have taken the time to apologize or at least say nothing at all, as she was the one who bullied Iggy.  But that’s not what the self-righteous do. (Or people who need to stay relevant).  Apologize?  Are you kidding me?  Instead Badu sent a tweet of her own.

…Well that'll be the LAST time I send an uber for you! I can guaran DAMN tee you THAT. https://t.co/gct3IUpmYC

APOLOGIZE FOR MY KIDS?  BULL-ISH.

Weeks later during a Q&A with fans, one fan asked Erykah Badu, “Why you do Iggy like that”.  Erykah then decided to offer Iggy an apology.  She said she did so for her daughters and posted a video on twitter.

What the hell was that?  I heard better apologies by Donald Trump.  That wasn’t an apology that was an old shriveled up grandma shaking her fist at the pesky youth of today.  That my friends, is what I call LOSING.  What is winning?  How about Iggy’s response back.  Go Iggy Go.

At age 25, and arguably the hotter of the two career wise, Iggy has nothing to prove.  In fact, what she is saying is, “Hi Shriveled up prune woman, your daughters are bigger fans of mine then they are of their own mother.  I will be more than happy to invite them to a concert so they can listen to something relevant as opposed to that “classic R&B” you probably have playing in the house 24/7.  It would be my pleasure”.

At least that’s how I read it.  I wasn’t an Iggy fan, but after that Epic response and the video below of her car ride with James Cordon, Iggy can consider at least one more album sold!