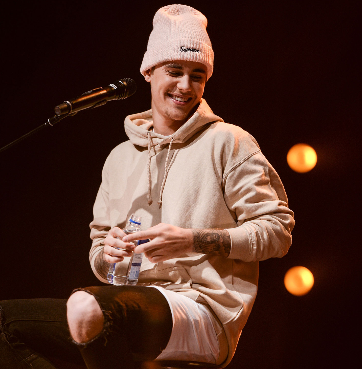 Did Justin Bieber Cross The Line With This Joke About Underage Girls? Watch The Video Inside! As all you Beliebers should know, there are thousands of people online just waiting for Justin Bieber to do something stupid. For some reason, people love to see the Biebs get in trouble. They love to see him fail, almost more than any other celebrity in history.

Unfortunately for the haters, Bieber has been acting more responsible and respectful lately. He’s also been releasing great music, which makes it even harder for the haters to dislike him. They are desperate to find something that makes him look bad, and on Monday night they finally found something they could use.

During An Acoustic Evening With Justin Bieber at The Danforth Music Hall in Toronto, Justin Bieber talked with the crowd between songs. And while talking to the audience, he made a slightly inappropriate joke. The 21-year-old singer asked his loving fans, “Who’s 13? We got any 14-year-olds [here]? Uh, so… 14…,” He said as he started doing the math in his head, “Four more years until you’re 18. Too much, Justin.” He said with a smile.

You can watch video of the incident at the bottom of this page. It really wasn’t a big deal. He was clearly joking and it was a clever way of making his fans believe they’ll actually have a chance of dating him in four years. He basically just locked those fans in for another four years. Four more years of buying albums, t-shirts, hats, etc. $$$.