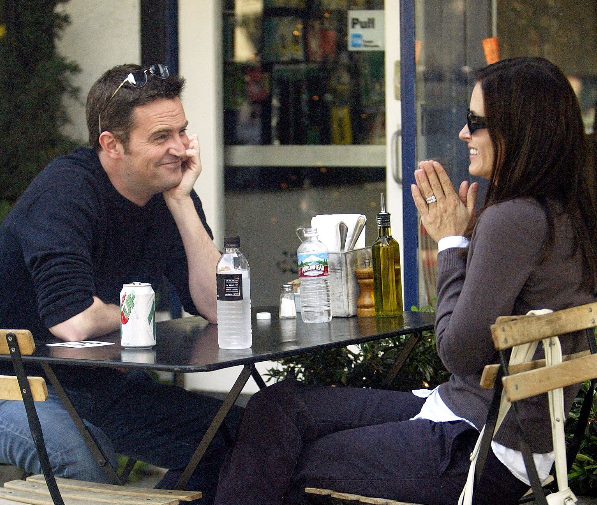 Bad News For You Monica And Chandler Fans, It Looks Like Those Courteney Cox/Matthew Perry Dating Rumors Were False!

Look at me. I know it’s Friday, okay? And I know it’s also the Friday before Christmas week, so this Friday is even more special than usual. You want, no you need, some good news for the weekend. And I was totally prepared to give you that good news by reporting the romance rumors between Courteney Cox and Matthew Perry.

However, it looks like those rumors are false. If you missed the exciting news yesterday, there was a report going around claiming Cox and Perry were finally dating in real life. As all of you should know, the two stars were together in TV land for years on some show called Friends. Maybe you’ve heard of it. They played Chandler and Monica? Fans of the show have always wanted to see a real-life romance between the two stars, and earlier this week it looked like they were finally getting their wish. You see, Cox had been engaged to musician Johnny McDaid for a year after just six months of dating. But the couple called off their engagement a few weeks ago, and now Cox has been seen walking around town without a ring on her finger.

Her newly single status is probably what led to these false romance rumors between her and former co-star. This happens a lot in the gossip world. When a celebrity ends a long relationship, everyone wants to be the first one to report on their new relationship. We are seeing the same thing happen with Kourtney Kardashian.

Sadly, it looks like Cox and Perry are just friends. This doesn’t mean they will always be just friends though! Maybe they’ll get drunk one night, have sex together and realize what they’ve been missing. It could happen. It must happen.