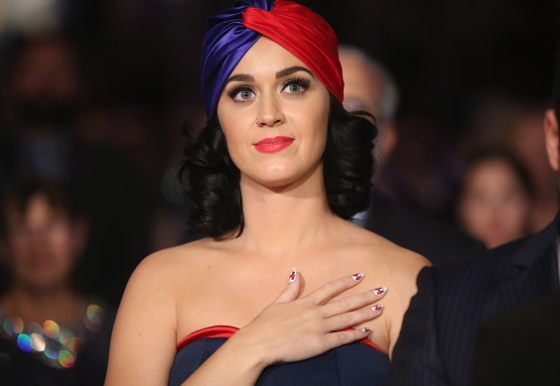 Katy Perry Gives Burn Victim The Best Christmas Gift In The World, Check Out The Photos Inside! Taylor Swift isn’t the only pop star making dreams come true this holiday season. Katy Perry proved there is enough room for two big hearts in Hollywood. An 8-year-old girl named Safyre Terry lost her family members in an arson fire that left her severely burned and caused her to lose a foot and a hand.

After news of the heartbreaking story went viral, Terry told everyone that she simply wanted Christmas cards from people around the world. And she received A LOT of them. Some reports claim she has received almost 1 million cards, including special packages from President Barack Obama and Beyonce.

But there was one person Terry really wanted a card from: Katy Perry. She is a huge fan of the 31-year-old singer, and she’s probably an even bigger fan today after receiving a very special package from her idol. Terry opened the package one day after Christmas. The box included a number of awesome items: a backpack, a hoodie with ears, a kitty cat black purse, a special DVD of Katy’s Prismatic tour, and an iPhone case that lights up.

But the best item inside the box? A hand-written card from Katy Perry. If you can’t read the text in the photo below, the message reads, “Safyre, I heard about your Christmas wish and and am so honored that you saved the top of the tree for me! I hope you have a wonderful Christmas and a great New Year. I’ll be thinking of you on Christmas Day, Special Girl.”