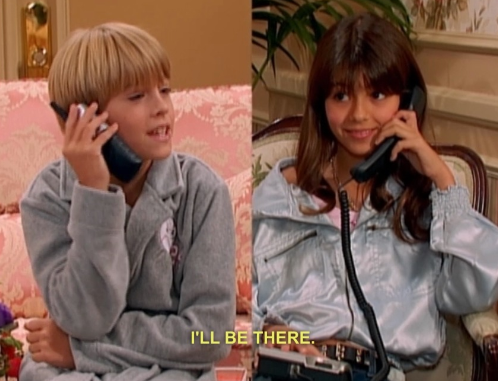 5 Celebrities Who Appeared On ‘The Suite Life of Zack and Cody’ Before They Were Famous! The internet loves to find videos/photos of celebrities before the fame. Their first audition, first appearance on television, or even as a contestant on The Price Is Right if you’re Aaron Paul. The curiosity is certainly understandable.

It’s fascinating to see what they looked like, how they acted…we basically want to see how their acting skills have improved over the years. It would be like me searching for the first article I published to this site a few years ago. Of course, I would never do such a thing because I am 99% sure I haven’t improved at all. If anything, I might be deteriorating.

But the celebs below? They have obviously improved.

This 2006 appearance on The Suite Life of Zack and Cody was not Selena’s first television appearance. She was in 14 episodes of Barney & Friends from 2002-2004; however, I think we can all agree she wasn’t a true star until she got her break on Wizards of Waverly Place in 2007.

So yes, for those trying to question this list by asking, “Was this truly before she was famous?” The answer is yes, and I would appreciate it if you stopped arguing with me.

Fun fact: Gomez would later guest star on an episode of The Suite Life on Deck as her character on Wizards of Waverly Place during a special crossover episode, which also featured Miley Cyrus as Hannah Montana.