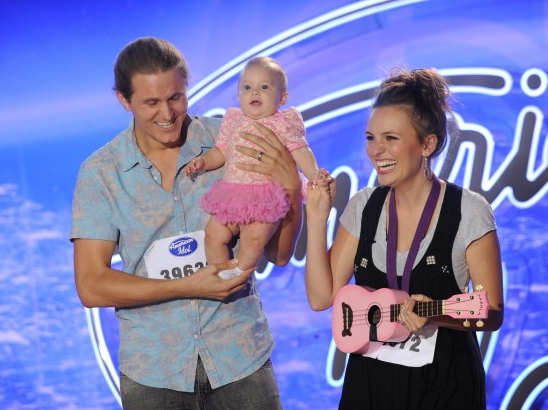 A Few Special People Have Already Watched The Two-Hour ‘American Idol’ Season 15 Debut Episode, Find Out What They Are Saying! We average people must wait until next Wednesday (Jan. 6) to watch the two-hour season 15 debut of American Idol. We already showed you what the opening of the show will look like, but what about the rest of the episode?

Well, Fox sent out the special episode to some TV reviewers this week. One of those reviewers being Rodney Ho from the Atlanta Journal-Constitution. He was nice enough to give Idol fans a little taste of the main dish coming next week.

In his preview, he revealed that the first two audition cities are Atlanta and Denver; however, he makes it clear the amazing talent in the Southeast crushed the mediocre talent in Colorado. In fact, he claims the auditions in Denver only featured one person who was actually from Colorado. Producers were forced to fly out a few contestants from the South to save the day in Denver. And from this early preview, we also know there will be a lot of former contestants making special appearances this season. In the early audition rounds, you’ll see Clay Aiken, Taylor Hicks, Kris Allen and Ruben Studdard.

According to Rodney, one of the best auditions of the episode comes from a Massachusetts woman. Her audition was so impressive that Harry Connick Jr. claimed she might be able to win it all. We are really looking forward to this audition because typically Harry doesn’t make bold predictions like that.

One last thing, this episode will apparently end with the Kanye West audition. Critics don’t seem too happy with this publicity stunt.

The final ‘contestant’ of the two hours isn’t a contestant at all but a pure gimmick, one ‘Idol’ has heavily promoted so I’m not really giving anything notable away: Kanye West. His wife is Kim Kardashian, who happens to work for Seacrest. I wonder how that one worked out?

West isn’t even in Denver or Atlanta. He showed up in San Francisco. I guess ‘Idol’ figured the first episode typically gets the biggest ratings of the year so why not place the bit in then?