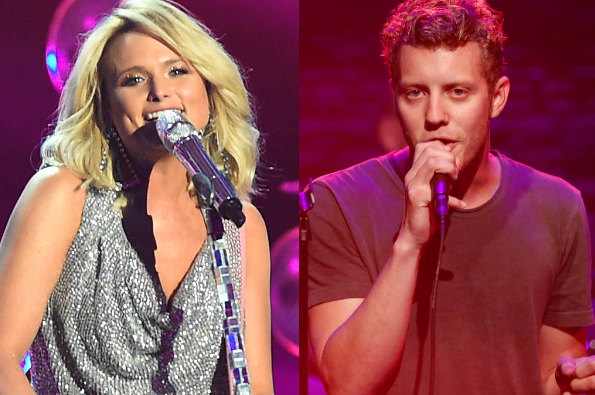 Miranda Lambert Has A New Man, And He’s Filling Her Stomach With Butterflies Every Single Day! We already know all about Blake Shelton‘s love life, but what about Miranda Lambert? How is she doing after the shocking divorce announced in July? Pretty freaking great.

You see, everyone thought Mr. Shelton was the first to move on following their split, but it looks like Lambert actually found someone new before he did. She has just been very sneaky about it. Sources claim she has been casually dating 27-year-old rhythm and blues musician Anderson East for a few months now.

But just recently things got serious. They are now officially a couple.

Anderson is a complete gentleman! Miranda gets butterflies with Anderson. He is a wonderful guy with an amazing personality. Miranda loves his sense of humor and his love for music. They have many things in common.

So who is this dude with the amazing personality? Well, he was born in Alabama, and then later moved to Nashville to pursue his dreams in the music business. Back in March of 2015, he released a song called “Satisfy Me“, which received a lot of positive feedback and was constantly played on the radio. According to some reports, he was inspired by the wonderful musician Ben Folds. That automatically makes him cool in my book. As some of you may remember, Lambert recently opened up about her divorce from Shelton, and during the interview she said something extremely interesting…

Marriage is a tough business, and we gave it our best college try. I had a great relationship with an amazing man, so I know what good is. I have a great launching pad for the future. I will never take that for granted.

Either way, I hope she used that launching pad to find Mr. East. Good luck to the happy couple!