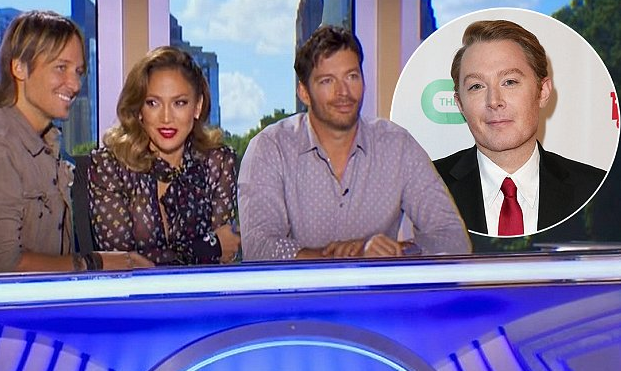 Clay Aiken Needs Attention, Gets It By Slamming American Idol And Its Judges During Final Season On Twitter Ah, poor Clay Aiken. It’s true he had some success after coming in second on the second season of American Idol, but it’s also true that several other contestants went on to have more success than he did. And some of those contestants didn’t even make the top five in their season.

He hasn’t put out a legit studio album since 2010. In 2012, he put out a bizarre album, which was basically an extension of his album in 2010. It included seven of the same songs, but added three new tracks, two of which were uninspired covers. Why would he do such a thing? Because he was appearing on Donald Trump‘s Celebrity Apprentice that year and needed something to promote while on the show. Even if that something was a pile of sh-t that you could conveniently download to your computer.

But even with his mild success, Clay Aiken still feels like he has the right to slam the show that created him. Well, mainly the three current judges of the show: Jennifer Lopez, Keith Urban and Harry Connick, Jr. This was Clay’s reaction to the two-hour season premiere last night. I honestly don’t get it. I said last year that I think Harry Connick, Jr. is the best Idol judge since Simon Cowell. I still believe that. And I still believe this current group of judges are incredibly entertaining. They’re actually clever and make you laugh.

Was Cowell’s stream of insults hilarious? Sure. But please tell me what Randy Jackson and Paula Abdul brought to the table? Aside from the random moan from Paula and Randy calling out for his missing dawgs. I mean, give it up Randy. They were missing for 10 seasons. I don’t think they’re coming back.

Clay is that one kid from high school who leaves town for 10 years, and then throws a fit when he comes back to find a Walmart where his childhood home once was.