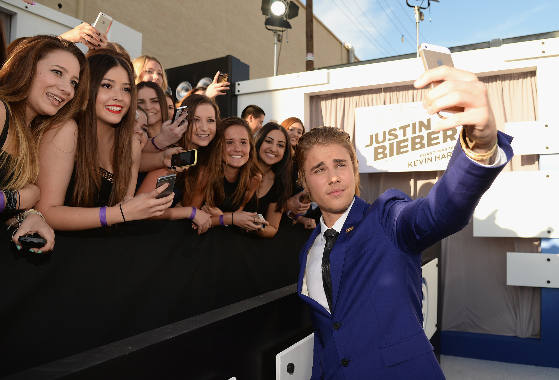 6 Times Fans Of Justin Bieber Threatened To Murder Someone Who has the most passionate fans in the world? Justin Bieber. You can certainly argue that One Direction deserves a mention, and maybe even Bernie Sanders, but neither one of them can touch the passion spewing out of Beliebers around the world.

One of the reasons Beliebers are so intense is because they constantly have to defend their one true love. Haters of the Biebs are just as passionate as the Beliebers, which means things often get heated between the two. The arguments usually start with some nasty insults, and end with threats like, “I HOPE YOUR FATHER SLITS YOUR THROAT TONIGHT WHILE YOU ARE SLEEPING!”

Personally, I don’t think you should ever resort to wishing death on someone; however, I understand where the Beliebers are coming from most of the time. The haters can be annoying.

But sometimes innocent people get caught in the crossfire. Just take a look at some of the examples on our list below…

This tweet was just one of the many recent death threats directed toward Hailey Baldwin. As most of you know, she and Justin Bieber have been friends for several years, and in the past few weeks it appears their relationship has started to turn romantic.

Obviously, some Beliebers aren’t happy about this. Why? Because these bitches don’t deserve Bieber, duh! What Justin really needs is someone who is ready to kill for him. Do you think Hailey would choke someone to death for the Biebs? Hell no. She would be too afraid of messing up her nails.

You might have seen this tweet before. A lot of people love to point out the fact that this user typed “whole” instead of “hole,” but those people don’t understand passion. This poor girl was clearly trying to process some complex emotions.

And it’s not like Esperanza Spalding didn’t deserve the death threats. After all, she did win the 2011 Grammy Award for Best New Artist, beating out Drake, Mumford & Sons and the one true God Justin Bieber. How dare she take that special moment away from the Biebs? We all know she didn’t deserve it! Sure, she started playing violin in the Chamber Music Society of Oregon before she turned six-years-old. And yeah, she trained herself to master multiple instruments, which led to her earning scholarships to the Berklee College of Music and Portland State University.

But can she do this?