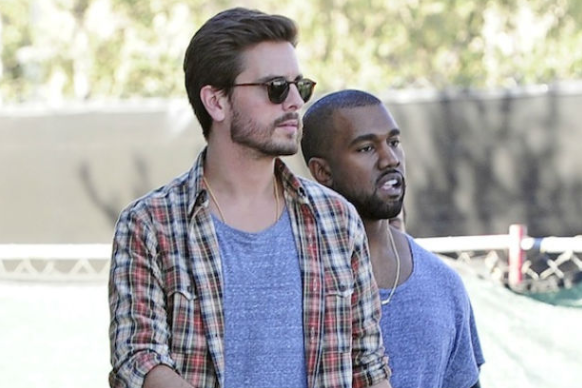 Scott Disick’s New $5.96 Million Home: Is It A Bachelor Pad Or A Family Home? Check Out The Photos Inside! As we reported earlier this week, Scott Disick is trying to get his life back on track. He’s tired of constantly messing things up with his 24/7 party lifestyle.

“I’ve never been this unhappy in my life, you know. It’s just terrible. If I didn’t have those kids, I would kill myself.” He told Kourtney Kardashian during the most recent episode of Keeping Up With the Kardashians. It was an emotional moment, and it truly seemed like he was ready to change his ways.

But now some people are questioning his most recent purchase. A seven-bedroom, seven-bathroom home in the Hidden Hills neighborhood of Los Angeles. He bought the house for $5.96 million, which doesn’t sound too bad when you hear that the original listing price was $6.495 million. Some people are calling this new place a bachelor pad, claiming it will make it easier for him to host parties and slide back into the old Scott.

However, sources with the Kardashian family claim it’s a nice family home. The neighborhood is filled with families, so hosting insane parties wouldn’t be welcomed. It’s also just miles away from Kourtney’s home, which means it will be easier for him to spend time with his kids.

So let’s talk more about his new home. It (of course) features a beautiful pool, and a wine cellar, because we all know family homes need wine cellars. It does have a massive backyard with some amazing views.

Check out the impressive photos below. Have fun dreaming!