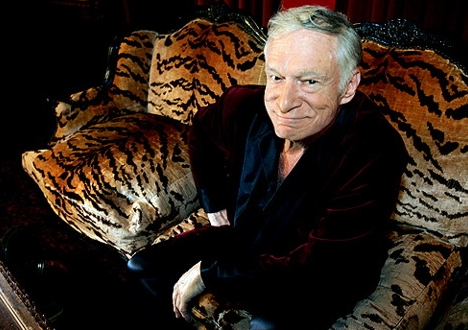 Hef is selling the Playboy Mansion…but won’t move out Got an extra $200 million laying around? If so, you can move into the Playboy Mansion, as long as you don’t mind having Hugh Hefner as a roommate. According to company spokesman John Vlautin, Hef must remaining in residence as a condition of the sale.

If a buyer is found for the Playboy Mansion, Mr. Hefner will continue to live at the mansion for the rest of his life.

The famous mansion sits on five acres in Los Angeles’ Holmby Hills and is 20,000 square feet, with 29 rooms and a four-bedroom guesthouse and comes with its own aging bachelor.

The decision to sell is apparently a strategic one designed to free up some capital as Playboy changes directions in the ever competitive ‘finding pictures of naked girls’ industry. The sale marks the end of an era, as starting in March of this year, Playboy will no longer feature full nudity. CEO Scott Flanders announced the decision was due to the changing times and increased competition.

You’re now one click away from every sex act imaginable for free. And so it’s just passé at this juncture

The redesigned Playboy is expected to feature women who are only kind of naked, in an effort to appeal to a market filled with less pervs than the US. One thing is for sure, those pervs sure are going to miss that mansion.