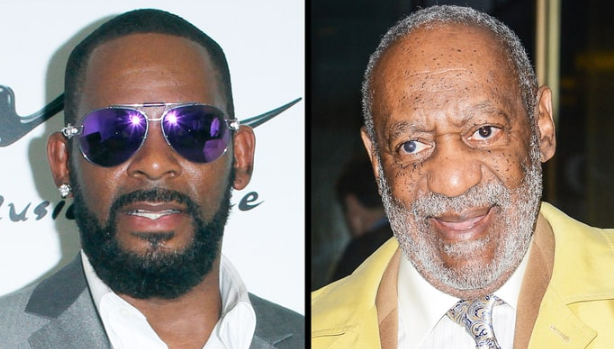 There Is One Person Still Defending Bill Cosby, And That One Person Is R. Kelly: Find Out What He Said Inside Bill Cosby doesn’t have a lot of people left in his corner, and that’s certainly understandable given the amount of women who have now come out and accused him of doing some terrible things. The 78-year-old comedian was charged with aggravated indecent assault last month, and multiple women claim Cosby drugged them and then forced himself on them.

And no one knows more about sexual misconduct than singer-songwriter, R. Kelly. We are not going to list the accusations against the 49-year-old, mainly because it would simply take up too much space. If you’re interested, you can just Google his name and see all the wonderful sh-t that pops up. You might want to make yourself a snack while you read it all.

Anyway, R. Kelly gave GQ magazine a rare interview in which any subject was on the table, including the drama surrounding Bill Cosby.

Well, my opinion on that is, I don’t know what happened. I’m a fan of Bill Cosby’s from [The Cosby Show], of course — who’s not? — and for me to give my opinion on something that I have no idea if it’s true or not. All I can say is that it was a long time ago.

He continues by saying it’s “strange” to see all these old ladies talking about something that happened when they were 17 or 18, ’cause you know it’s just so easy for a 17-year-old girl to come out and tell the world they were just raped by one of the most beloved comedians in the world.

But we can explain it. Multiple women have explained it. That doesn’t mean you have to believe it, but I fail to see the mystery behind the claims. Cosby is either an evil human who drugged and raped multiple women, or dozens of women have banded together to destroy his life and career.

If you’d like to check out the full interview with R. Kelly, where he talks about his own history with charges of sexual misconduct, click on that GQ link up there.