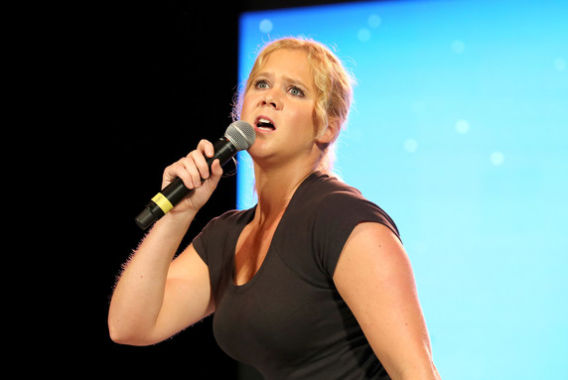 The internet is both a wonderful and terrible place at the same time. It’s heaven and hell. It’s Target and Walmart. And celebrities know exactly what we’re talking about, especially celebs who “blow up” in record time like Amy Schumer.

2015 was a huge year for the 34-year-old comedian. She put out one of the best comedy films of the year with Trainwreck, she killed it during almost every talk show appearance and she became best friends with Jennifer Lawrence. Most people would consider that an extremely successful year.

But unfortunately that success comes with a price. People start trying to find different ways to attack you, and this week a video was released accusing Schumer of doing one of the worst things you can do in comedy: stealing jokes.

As you can see, the video attempts to paint a nasty picture; however, most of those jokes/ideas have been around for a long time. The jokes about the sex positions have been around for decades, and I am like 95% sure I also made a joke about slapping junk food out of people’s hands before they were able to eat it. Those are general thoughts that everyone has. It takes a great comedian to go on stage and make those thoughts funny.

Amy does that quite well. She’s a naturally funny person. You can tell by her many talk show appearances. The hosts are always on the floor laughing when she visits. I don’t think she is someone who needs to steal jokes, but with the amount of material she is forced to put out, there are going to be some generic jokes that all comedians can pick up at the dollar store when they need them.

And she pretty much confirmed this during an interview with Jim Norton this week.

I have to come up with so much material and my TV show, this movie, stand-up specials…I am so careful and none of these things had ever reached me and I will literally take a polygraph. That would be so stupid for me to do that so I wanted to come here and talk to you about it.

What do you think? Is she telling the truth?