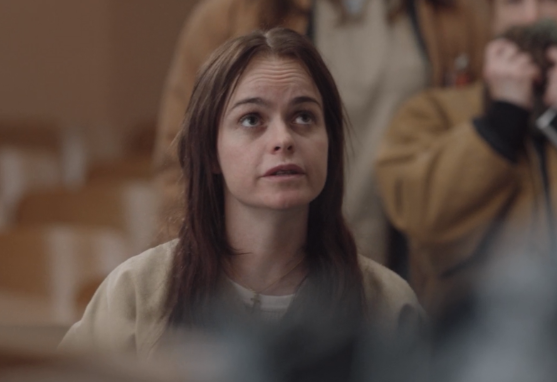 It’s starting look like one ‘Orange Is the New Black‘ star is taking this inmate thing a little too seriously. Actress Taryn Manning has had a tumultuous relationship with her former makeup artist, Holly Hartman. They have been close for several years; however, they’ve also had some pretty serious fights. Back in 2012, Manning was actually arrested for attacking Hartman.

The charges in that case were eventually dropped, but now TMZ has learned there was another attack that happened back in November of last year, which forced Hartman to file for a restraining order against Manning.

According to the docs, Manning allegedly whipped Hartman with a wet towel, sprayed Windex in her mouth and eyes, headbutted her in the face and put her in a headlock. And if you stopped reading right there, it sounds like that fight could have been choreographed by Will Ferrell and John C. Reilly. But the madness didn’t stop with the headlock. During the fight, Manning yelled, “Pick a knife. I’m wearing a white shirt there will be a lot of blood. You will be famous for killing Taryn Manning.” Hartman claims Manning wanted to die that day.

This all happened in New York, but for some reason Hartman decided to file the docs in Los Angeles, which was a huge problem for the judge. The request for a restraining order was denied.

The legal team for Manning is fighting back. They claim it’s actually Hartman who has been doing the stalking lately…

Ms. Hartman is under investigation for stalking Ms. Manning and for theft and other crimes. It is clear that Ms. Hartman’s camp has leaked these allegations which were not available publicly to elevate her own position and obscure her own wrong doing.

In any event, it’s clear these two ladies need to stay far away from each other.