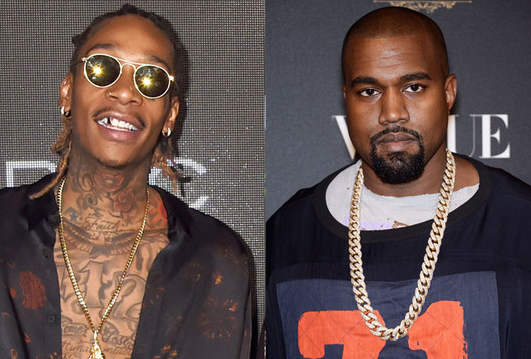 Is The Beef Over? Wiz Khalifa Gives Some Details About His Phone Conversation With Kanye West Last week was certainly an exciting week on Twitter with the feud between Kanye West and Wiz Khalifa, which seemingly happened out of nowhere. There were thousands of memes created from the glorious event that ended when Amber Rose stepped in and called West out for his alleged ‘butt play’ enjoyment.

But that was a week ago, and we all know how fast a plate of beef goes bad in social media land. The drama doesn’t last long, and it looks like this beef is no different.

Kanye surprised his followers on Twitter Tuesday afternoon when he revealed that he had a little phone conversation with Wiz, “Me and Wiz spoke yesterday. Great convo. All positive.” He wrote, opting to keep things short and sweet, which might be something he needs to learn to do when someone pisses him off. Obviously, that little tweet left fans wondering what was said during this phone conversation. Kanye certainly wasn’t going to tell us, but thankfully Wiz already had an interview scheduled with Power 105.1’s Angie Martinez, and of course the 28-year-old rapper was asked about the drama and the conversation on the phone.

The host asked him if he was surprised by Kanye’s ridiculous reaction, “I think everybody was but it’s cool, everything’s cool, we spoke it’s all good.” He replied, adding that Kanye did indeed apologize, especially for dragging his kid into the beef.

“I accept his apology.” Wiz said. And get this, Kim Kardashian and Amber Rose even met up to discuss everything and make sure there was no more beef to eat, “Her and Kim spoke and they’re all good, too. I’m like the Bob Marley of this.”

Watch the clip below: