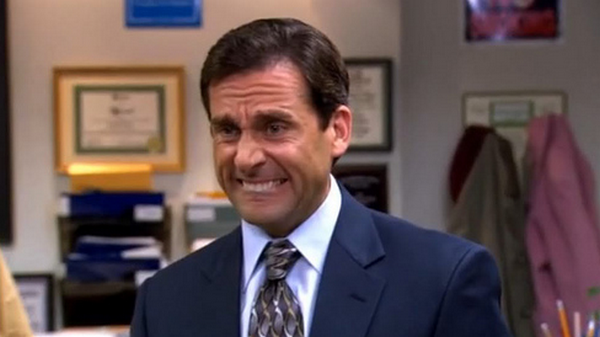 You clicked on this article because you’re confused, right? You don’t feel like yourself anymore. Your life feels like it has already been lived by someone else. Someone you might recognize from a little paper company called Dunder Mifflin.

Maybe the Regional Manager of the oddly successful Scranton branch of the company? Yes, we are talking about the great Michael Scott. People claim he’s a fictional character, but we believe he’s inside all of us (twss). Michael Scott is you, he’s me, he’s your mother, your father, your best friend, your lover, your dog, your mailman and your shoulder to cry on.

Don’t believe us? Check out the list below. You’ll see it, and you will be a better version of Michael Scott because of it.

No. 10 – You’re Afraid Of Getting Old (Even Though You Already Are)

No one wants to admit they’re getting old, but Michael Scott REALLY doesn’t want to admit it. No one knows this better than Pam’s mother, Helene. Once Michael found out how old she was, he was out of there faster than Oscar during a fire drill.

But it’s okay, even if you’re not young on paper, at least you can rest easy knowing you’ll always act like the youngest person in the room. No. 9 – Secrets Are Extremely Hard To Keep…

Do you have a difficult time keeping those skeletons inside the closet? If so, you might be Michael Scott. It’s best not to tell Mr. Scott anything important. If you believe your friend is turning into a Michael Scott, you should probably avoid confiding in this friend.

Not only will they give you terrible advice, but they’ll also tell everyone you know. You’ll be forced to tell your significant other what really happened that night someone by the name of “Candy” answered your phone.

No. 8 – You Accidentally Hit A Co-Worker With Your Car

Okay, the first two were easy. Only the true Michael Scott’s of the world will be able to claim this one, at least we hope running over co-workers isn’t that prevalent inside/outside your workplace.

No. 7 – You’re Constantly Falling/Driving Into Pools Of Water

You might be Michael Scott if “I’m so wet” is not only something she said, but also something you say far too often. It can start with a small puddle, but eventually you will be driving your expensive car into a lake. It’s just something you’ll have to deal with as Michael Scott.

Technology, water and people named Toby are your enemies now. Not being able to remember how to say certain phrases/idioms correctly might also be a sure sign of Michael Scottness. This is something I struggle with on a daily basses; however, I am trying my breast to work on it.

I’ve even tried to join classes on the subject, but they all seem to cost an ear and a chin.