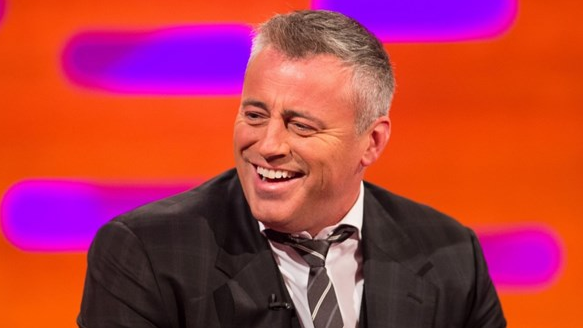 ‘Friends’ Star Matt LeBlanc Is Returning To Network Television, Will Star In His Own Sitcom On CBS! For those of you thinking Matt LeBlanc has been in hiding ever since the failed ‘Joey’ spin-off went off the air nearly 10 years ago, you are are wrong and you should feel bad for thinking that.

In 2011, Mr. LeBlanc started work on a little show called Episodes. It’s not on network television and there is no laugh track, so there is a chance you might have no idea what it is; however, I promise you that it’s the best thing LeBlanc has done since Friends. If you’d like to know more about it, check out this post when you have the time.

Anyway, there are rumors that Episodes has just finished filming its final season, which means Matt’s schedule is about to clear up. Or we probably should say was about to clear up because he’s already filled his plate with more awesomeness. As some of you may know, he’s already signed up to be Top Gear’s first ever non-British co-host when the show comes back later this year. And now we have just learned that he will also be returning to a broadcast network with a new sitcom titled I’m Not Your Friend.

The show will air on CBS and is reportedly about a man (LeBlanc) who learns raising kids is harder than it looks when his wife goes back to work. It’s not exactly the most original idea in the world, but did anyone think following around a few friends in New York would be that entertaining? It’s all about the writing and the cast, and they’re certainly in good hands with LeBlanc starring.

Another good sign? The series was created/written by That ’70s Show executive producers Jeff and Jackie Filgo. We’ll see what happens with this project. There is always the chance the show doesn’t go to series, but that seems highly unlikely with the amount of money they’re throwing at it.