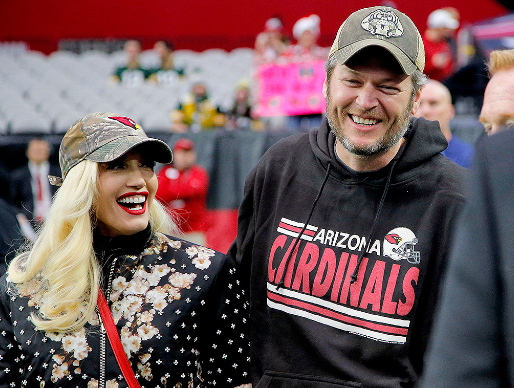 Awww! Gwen Stefani Releases New “Make Me Like You” Song, And The Lyrics Are Obviously About Blake Shelton! (VIDEO) Damn. Blake Shelton and Gwen Stefani’s relationship is moving fast. They have only been “officially” dating for a few months now, but it’s clear the love between them is something special. Gwen released her second single last night titled ‘Make Me Like You‘ and it didn’t take long for the internet to figure out who the song is about.

You can listen to the song below. It’s kinda got that old Gweny-vibe to it. I dig it, even if the lyrics are pretty basic and almost Disney-like. Can you blame her? She’s in love! It’s totally okay to be super cheesy when you’re in love.

Perfect timing with Valentine’s Day this Sunday. We’re sure there will be a lot of people sending this song to their significant other.

Me? I don’t have anyone, so I’ll probably be listening to a nice mix of old school T-Swift and Adele. Maybe drink some alcohol, eat some ice cream, and finish the night off with a screening of The Notebook.