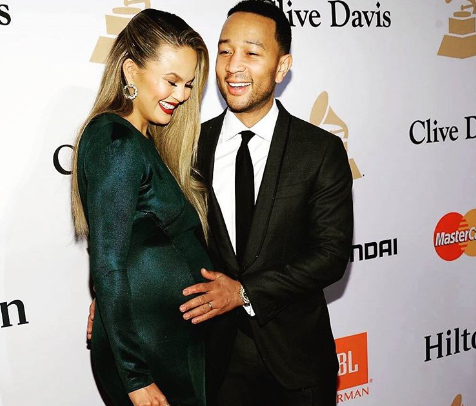 The internet loves to hate on Chrissy Teigen. Seriously. Go to literally any video on the Lip Sync Battle YouTube page and you’ll see dozens of comments saying things like, “WTF! WHY IS SHE EVEN THERE? SHE DOESN’T DO ANYTHING!” or maybe even, “SHE LOOKS LIKE AN ALIEN…I HATE HER!”

The hate is real, and usually I wouldn’t care if a celebrity was receiving a little hate online. But for some reason it bothers me with Chrissy because she genuinely seems like a sweet person.

Sadly, most of the internet doesn’t agree with me, and the haters jumped all over Chrissy this week when she revealed in an interview with People that she chose the sex of her baby while undergoing IVF.

Obviously to some people, the optional Preimplantation Genetic Diagnosis some clinics offer with IVF is a slap in the face to this God person. It just ain’t right, ya’ know? Doing all this fancy stuff, what they doing…making a robot in there or something? It’s the end of the world, and these little science babies are going to eat our normal children! Do you think I’m being a bit dramatic to make the joke more entertaining? I’m not. People, freaking adults with children of their own, went on Twitter to basically tell Chrissy she wasn’t having a real baby.

One user wrote, “Did you choose the hair and the eye color too @chrissyteigen….smh messing with the natural blessings from God. I liked you a lot.” Ah, that’s real sweet. That was just one of many, by the way. But we’re not going to focus on the hate.

Instead, we’re going to show you how Chrissy responded to the haters…

We didn’t create a little girl. we had multiple embryos. girls and boys. we simply chose to put in a female first (and second)… We didn’t ‘throw away’ anything and still would love to have more of both in the future. hard to explain such a complicated process here. you’d be surprised at how many people you know go through this. also every doctor knows the sex of the embryos, it isn’t some grand secret.